A road sweeper burst into flames in front of shocked bystanders in the City of London.

The vehicle caught fire near to St Paul’s and Bank stations during the lunchtime rush and police could be seen clearing the road of pedestrians as it continued to burn.

Photos taken from around the capital show a plume of black smoke billowing from central London.

One bystander, Peter Hoskins, shared an image of the road thick with smoke and wrote: “A lot of smoke and fire brigade in attendance at Lothbury in the City of #London” 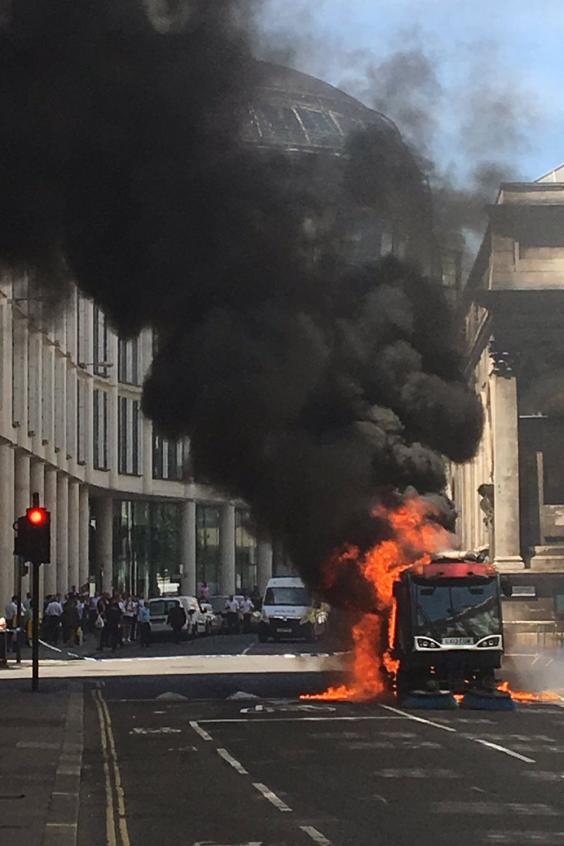 Fire: Smoke was billowing from the vehicle (@garrethhayes)

And Nick Jones wrote: “Drama! Fire! London’s burning! Etc etc. Vehicle on fire by the Guildhall. God bless the emergency services and all that.”

A London Fire Brigade spokesman said: “We were called at 12.34 to Gresham Street to reports of a road sweeper alight.

“We sent one fire engine to the scene.”

The fire was still blazing just after 1pm. It is not yet known how the truck caught alight.