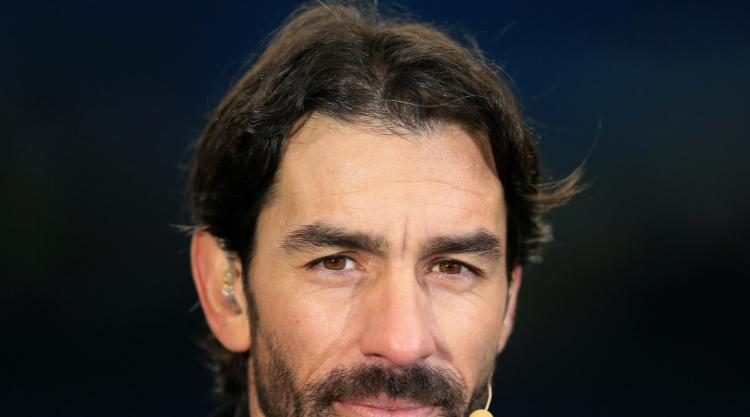 Robert Pires has warned Arsenal fans they may not see the best of club-record signing Alexandre Lacazette for some time.

The France striker completed his move from Lyon earlier in the month for a fee believed to be worth as much as Â£52million.

That eclipses the money spent on Mesut Ozil in 2013 and will be seen as a statement of intent from manager Arsene Wenger that he is gunning for major silverware in the upcoming campaign.

Lacazette, who scored off the bench on his debut against Sydney FC last week, hit 28 goals in Ligue 1 last season.

But former Arsenal favourite Pires – who also made the direct move from France to the Premier League – believes it will take time for the 26-year-old to find his feet in England.

“I think he will be a success,” he said.

“He is a good striker who has scored a lot of goals with Lyon. Of course it will be very difficult in the beginning because when you play in France and move to England it is not the same, it is very aggressive.

“Maybe he will need time for the adaptation but everyone around him is very important, especially the French connection.

“I think Arsene Wenger has a very important role for him, Arsenal have Lacazette, Olivier Giroud, Alexis Sanchez and Danny Welbeck, it is good and I’m happy for the club.

“But to make the adaption, to find the rhythm and the tempo, for me it took six or seven months.

“It was very tough, for me it was the aggression and intensity. For me, because I came from France, it was heavy and that is why it is difficult in the Premier League.”

Lacazette is likely to get his first action against a Premier League side since joining Arsenal when they take on champions Chelsea in a pre-season clash in Beijing on Saturday.

Pires knows first-hand just how different English football can be having been handed a crash-course by Wenger after signing from Marseille in 2000.

“I remember that moment,” he said.

“It was my first game away at Sunderland and Arsene said ‘Robert, I know you are a bit upset because you want to play but I prefer if you are on the bench and you can watch the game, the fight and the tempo’.

“After 20 minutes sat on the bench I said to myself ‘what are you doing here?’ because it was very, very difficult. I remember one tackle from Patrick Vieira and I thought this football wasn’t for me.

“If you play in France, Spain or Italy it is not the same football, especially when you play in England. Every game is very difficult.”

The arrival of Lacazette throws further doubt on the Arsenal future of his France international team-mate Giroud.

The striker has been linked with a move away from the Emirates Stadium, with both Everton and West Ham reportedly keen.

Wenger now has plenty of attacking options but Pires, talking at the Star Sixes competition at London’s O2 Arena, reckons the Gunners boss should keep hold of Giroud.

“I know Olivier Giroud is a big professional, he is competitive of course but the situation is not the same because Arsenal spent a lot of money on Lacazette,” he said.

“I believe in Giroud because he loves to fight, fight the good fight and not for himself, but for the team. If you want to win the title you need everybody and Arsenal need Olivier Giroud.”

The French connection running through the side at Arsenal could be further strengthened by the time the new season gets under way.

Wenger is admittedly keen on adding Monaco winger Thomas Lemar to his ranks – a suggestion that excites Pires.

“I love Lemar. I think he is one of the best French players,” he added.

“He played very well last season with Monaco in the Champions League, he is a young player with good technique, a good left foot, he can do a good cross and score good goals. For me, yes, he has a very good profile to play for Arsenal.”