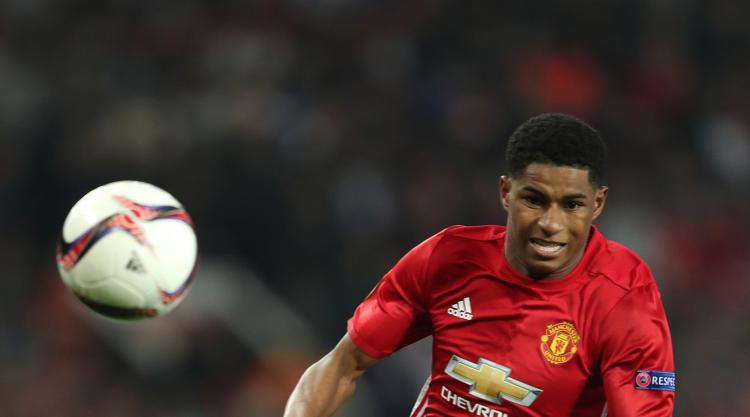 The first ever Manchester derby on foreign soil went United’s way as Romelu Lukaku and Marcus Rashford put City to the sword in Houston.

A year on from a quagmire pitch forcing their Beijing meeting to be called off, the cavernous NRG Stadium, host of the Super Bowl earlier this year, witnessed history as the rivals met in the International Champions Cup.

Lukaku’s superb goal from an acute angle and a Rashford drive proved the difference in Texas, where Jose Mourinho’s United racked up their third friendly win as Pep Guardiola’s City opened pre-season with a 2-0 defeat.

The 67,401 under the roof in Houston were not only treated to a relatively entertaining friendly but a dollop of razzmatazz, epitomised by rapper Drake leading out the players in darkness before they were blasted with dry ice.

Play swung from end to end when football eventually became the focus, with United taking control as half-time approached.

Lukaku embarrassed Ederson Moraes by latching onto a fine Paul Pogba pass and continuing to slot home from an improbable angle, with the new City goalkeeper’s positioning again under scrutiny as Rashford struck soon after.

Lukaku saw an effort come back off the woodwork early in the second half, but there was to be no more goals as play lost momentum as Mourinho and Guardiola rang the changes.

Some of the pre-match razzle-dazzle in Texas was ridiculous, as was the City team shown on the big screens.

Centre-back Tosin Adarabioyo was shown in goal but would have probably looked as convincing as Ederson when faced by an Ander Herrera strike early in the game.

Raheem Sterling and sharp-looking Phil Foden had attempts for City as play toed and froed, with the former’s deflected effort forcing a fine save from David De Gea after Henrikh Mkhitaryan and Herrera were denied.

Chris Smalling produced back-to-back blocks after getting away with pulling back Patrick Roberts in the box, swiftly followed by an advert urging those in the ground to ‘own the save’.

Ederson failed to do just that.

Rushing out to meet an outstanding Pogba pass, the Brazilian goalkeeper was beaten to the ball by Lukaku and then watched helplessly as the United new boy showed great confidence and skill to turn home from an acute ankle.

It was an excellent finish that was added to within minutes. Mkhitaryan slid the ball wide to Rashford and the teenager drilled low past Ederson.

Foden would have reduced the deficit before half-time was it not for De Gea’s reaction save, but United were now on top and threatening a third.

Back-tracking Ederson breathed a sigh of relief after clawing away Rashford’s cross-shot, before cumbersome John Stones allowed Lukaku to get away a thundering effort that rattled the goal frame.

Pogba thrashed an effort into the side-netting after finding himself some room on the edge of the box, but chances were deceasing as substitutions took the sting out of proceedings.

Foden lifted over after Sergio Romero flapped at a Samir Nasri cross and Ederson produced a triple save, with offside called before the rebound was fired home.

City pushed for a late consolation but there was to be no more goals in Houston.