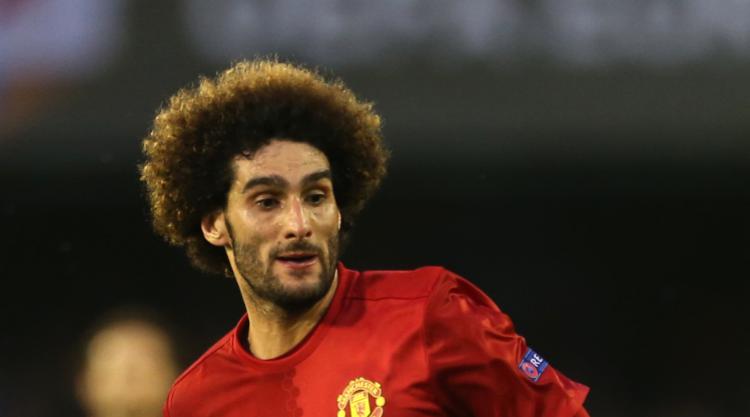 Romelu Lukaku scored as Manchester United beat Valerenga 3-0 in Oslo in the penultimate match of their summer tour.

Marouane Fellaini gave United a first-half lead before substitutes Lukaku and Scott McTominay netted in the second half.

Valerenga are deep into their domestic campaign and sit seventh in Norway’s top division but it was United who looked the sharper early on as Henrikh Mkhitaryan forced a blocking save and Paul Pogba saw an effort hit a post.

Marcus Rashford was next to go close but it was not until a minute before half-time that United made the breakthrough.

Reports of Nemanja Matic’s impending arrival could spell the end of Fellaini’s time at Old Trafford but the big Belgian served a reminder of what he is capable of by heading United in front from Mkhitaryan’s cross.

Manager Jose Mourinho made nine changes at the break and two of the newcomers combined after 48 minutes as Lukaku headed home a Joel Pereira cross at the far post.

Valerenga had a rare opportunity just after the hour mark but it was spurned by Ghayas Zahid, and shortly afterwards 20-year-old McTominay netted his first senior goal for United with a confidently-taken half-volley.

Lukaku nearly added a fourth goal late on after displaying great upper body strength to hold off his marker but he dragged his shot just wide.

United will head to Dublin next to play Serie A side Sampdoria before facing Real Madrid in the European Super Cup in Skopje on August 8.