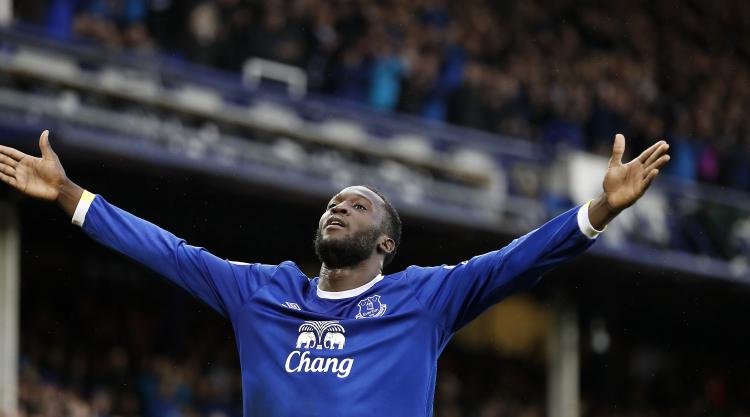 Romelu Lukaku netted his first Manchester United goal in a win against Real Salt Lake that came at a cost, with Juan Mata injured and Antonio Valencia sent off.

Two days on from a comprehensive friendly victory at the LA Galaxy, Jose Mourinho’s men made the two-hour flight from their California base to take on Utah’s Major League Soccer side.

This was a harder workout as United could only earn a 2-1 success, with Lukaku finding the net for the first time since his big-money move on a night when Mata was forced off and Valencia sent off.

It proved the winner after a second half that had needle if not chances.

Mata went off with ankle complaint sustained in a challenge by Sebastian Saucedo, who was forced off himself after a Valencia tackle that saw the right-back handed a red card after referee Allen Chapman spoke to Mourinho.

It was a stormy few minutes on a night when “severe weather” looked set to delay kick-off, only for it to clear before United arrived.

A low drive by Scott McTominay, enjoying his first minutes of the tour, was the best United could muster before the hosts deservedly went ahead as a superb Jefferson Savarino pass was followed by an equally smart finish by Silva.

United belatedly jolted into life soon after as Mkhitaryan collected a pass on the edge of the box and fired home a low left-footed shot – a goal followed by 11 RSL changes.

The hosts have a league match at Portland Timbers within 48 hours to think about and those alterations were punished in the 38th minute.

A week on from completing his move, Lukaku collected a lovely pass from Mkhitaryan and rounded the goalkeeper to fire home from close range.

Lukaku struck into the side-netting before the break, which Mourinho returned from with an entirely new starting line-up.

Mata was among those changes and departed again within 14 minutes, being replaced by Demetri Mitchell after sustaining an ankle injury in a challenge by Saucedo.

Mourinho was unhappy with the challenge by a player soon forced off himself after a tackle by Valencia. The referee spoke to Mourinho and then sent off the right-back.

The incidents dominated a second half in which Anthony Martial and Chris Smalling had efforts, while Sergio Romero produced a decent stop to deny Kyle Curinga at the other end.

Matteo Darmian appeared hurt late on but completed the friendly.