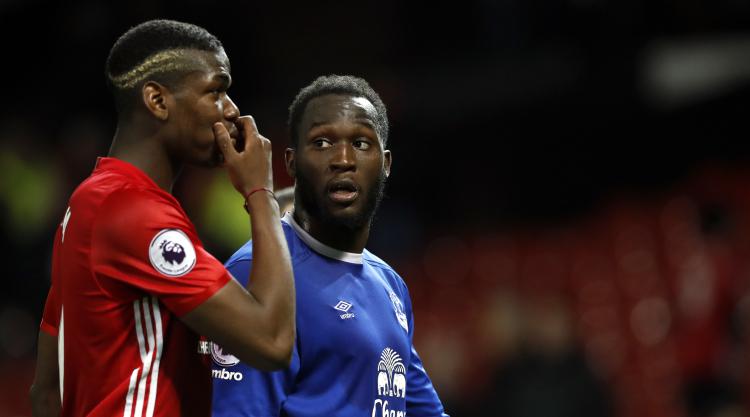 Manchester United target Romelu Lukaku has remained in Los Angeles as a deal for him to move from Everton is thrashed out.

United are due to fly to California on Sunday to start their pre-season tour against the Los Angeles Galaxy the following weekend and the Belgium striker, who has been on holiday on the west coast of America, is staying in the United States for the time being.

Lukaku has been holidaying with close friend and United midfielder Paul Pogba and early on Friday morning the Red Devils’ £89million world-record signing posted an Instagram story of the pair training together at the University of California, Los Angeles (UCLA).

Most of Everton’s players have returned to pre-season training – new signings Jordan Pickford and Sandro Ramirez and Mason Holgate have been given extra time off after their involvement in the European Under-21 Championships – but it is believed Lukaku has also been granted additional days.

Despite United sources initially denying Rooney’s departure was linked to the Lukaku transfer, reports on Friday suggested the club’s record goalscorer will be included in a Â£100m package – the value Everton privately put on the Belgian – consisting of a £75m fee up front, £15m in add-ons and a £10m valuation of their own striker.