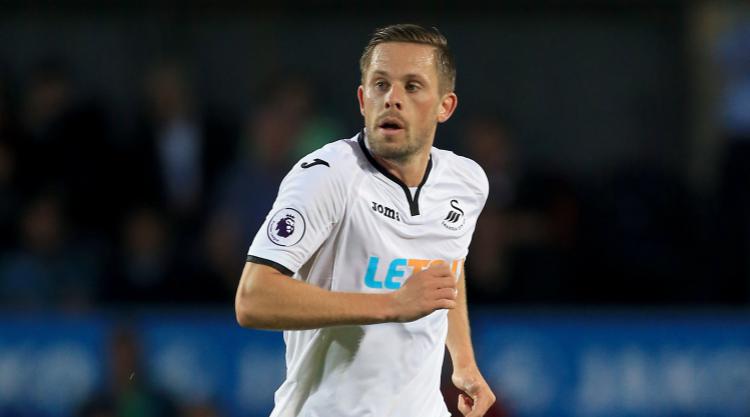 Everton boss Ronald Koeman has no doubt the club have landed one of the Premier League’s best playmakers in Gylfi Sigurdsson.

Sigurdsson’s switch from Swansea to Everton was completed on Wednesday after the 27-year-old Iceland international passed a medical.

The deal went through a day after it emerged a deal worth up to £45million for Sigurdsson had been agreed – a record transfer fee paid out by the Merseyside outfit.

Wrapping up the signing of a player they have been long pursuing takes Everton’s spending since the end of last season beyond £140million.

Koeman, who had already this summer brought in Jordan Pickford, Michael Keane, Cuco Martina, Davy Klaassen, Sandro Ramirez and Wayne Rooney, said of Sigurdsson on Wednesday: ”We worked a long time to get this deal in and he was one of the key players to bring in.

“We knew we would lose (Romelu) Lukaku for this season, with that we lost 25 goals, and we need players who will bring in productivity to the team.

“He is that type of player, with a lot of productivity.

“Hopefully I will continue to create goals and score goals for the team and contribute to the kind of success we’re seeking at the club,” Sigurdsson told evertontv.

“This is an ambitious club and it is clear we are moving in a really good direction. The most important thing is that this team keeps winning games and climbing the table – and does that throughout the season.”

Koeman, who has let midfielder Gareth Barry join West Brom, indicated he would still like to strengthen in the current transfer window beyond the capture of Sigurdsson.

Speaking ahead of Thursday’s Europa League qualifying play-off first leg against Hajduk Split at Goodison Park, Koeman said: “It isn’t done. Still we are looking in two positions to make the squad even stronger than it is at this stage.”

Meanwhile, Koeman said Everton are waiting to learn the severity of an apparent hamstring problem suffered by Ross Barkley.

Reports have suggested Barkley, whose future with the club remains unclear, is facing six weeks out due to a hamstring tear.

Asked about that, Koeman said: “He stopped training, I think it was last Monday. It looks like a hamstring injury but we need to do more tests . to know exactly what the injury is. We need to wait.”

The Dutchman added that there was “no update” in terms of the 23-year-old’s “situation”, and when asked if he was in his plans for the coming season, he said: ”I will wait until the end of August.”

Barkley, who is entering the last year of his contract, has appeared destined to leave the club having turned down the offer of a new deal.

He has been linked with a move to Tottenham, but Koeman said last week there had been no offers for the England midfielder.