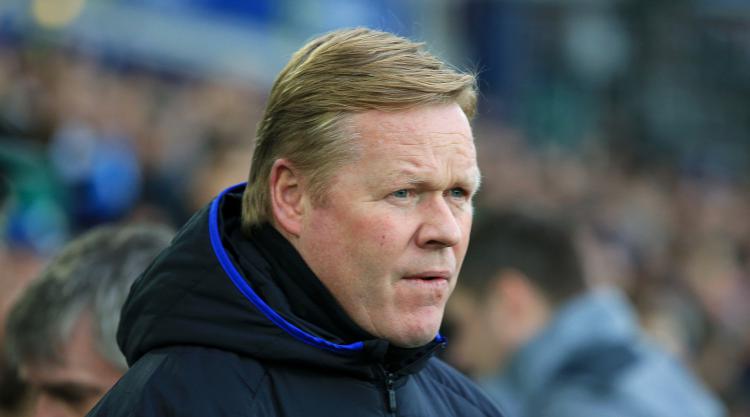 Ronald Koeman has promised there will no repeat of last year’s Stamford Bridge horror show when he takes his new-look Everton back to Chelsea on Sunday.

Last November the Toffees were hammered 5-0 in the capital by a rampant Blues side in the midst of a streak of 13 successive Premier League victories that would underpin their title-winning campaign.

Only two of the XI that Koeman started with that day, Ashley Williams and Phil Jagielka, are likely to be retained nine months on and Everton’s progress since was seen in the credible draw they recorded at Manchester City on Monday.

They may also have been imbued with belief that they can triumph in west London having seen Burnley pull off a shock victory over the below-par champions on the opening weekend of the season.

Chelsea’s response in beating Tottenham at Wembley last week proved to Koeman that the confidence has not been drained out of Antonio Conte’s squad, though the Dutchman is confident his team will produce a better showing than they did during their trip last year.

“They showed that ambition and hunger in the last game against Tottenham. They’re difficult to beat and they play with a high, winning mentality.

“We need to do better than last year because it was too easy for them. We will be stronger this time.”

In the 12 games they played against the teams that finished above them last season, Koeman’s team won just two, against Arsenal and Manchester City at home.

The hope is that a big recruitment drive at Goodison Park this summer has seen the gap close and an indication on how much is likely to be provided as soon as mid-September.

Their trips to City and Chelsea are followed by Tottenham’s visit to Merseyside and then a date with Manchester United at Old Trafford.

“It’s too quick, too early, we need to wait to make conclusions,” Koeman said.

“We’ve got a tough start in the Premier League, it was a good point against City and we hope for a good result this Sunday.”

Koeman does not need a longer time-frame to judge new goalkeeper Jordan Pickford, whose impressive start with the Toffees saw him earn a full England call-up this week.

The 23-year-old saved a penalty against Hajduk Split on Thursday night and Koeman admits the Â£30million recruit from Sunderland is even better than advertised.

“He’s more than that,” Koeman claimed.

“Of course we knew the qualities of Jordan but from the beginning he’s showing that he’s really comfortable. He’s made important saves in several games, like the penalty in an important moment in the game.

“He’s a promising young goalkeeper with a lot of ambition and has been selected by the national team.

“Most of the time I’ve had more experienced goalkeepers but it’s not about age, it’s about quality.”