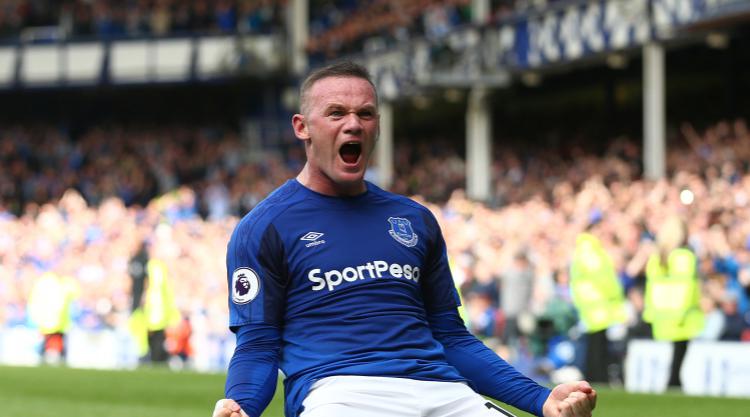 Ronald Koeman says Wayne Rooney proved he is “still one of the best in his position” with Saturday’s match-winning display for Everton.

Lifting three trophies at Manchester United last season was not enough to satisfy the 31-year-old, whose frustration at a lack of regular first-team football grew under Jose Mourinho.

Rooney took the decision to leave Old Trafford after 13 medal-laden years and in the summer rejoined Everton, who he inspired to victory on his first Premier League appearance for the club in 4,837 days.

The forward nodded home at the end of a fine team move late in the first half to secure a 1-0 win against Stoke and impressed with his all-round display at Goodison Park.

“He shows that he’s still one of the best in his position,” Koeman said, lavishing praise on Rooney.

“I think he was different class in ball possession – he was comfortable on the ball, he took right, good decisions on the ball and he scored a great goal.

“And you cannot ask more (than) that.”

Asked if he brought to the team exactly what he wanted, Koeman told broadcasters: “Yeah, that’s what you like.

“You like to have players in the team with a lot of a cleverness on the pitch and that they know, they see and they handle what they need to do at a certain moment.

“That was his best game so far.”

Rooney had already made his competitive return for Everton against MFK Ruzomberok in the third qualifying round of the Europa League – a competition he won with United last season.

The 31-year-old will be key if the Toffees are to go far in it this term and Koeman sees him as an important influence on the group, especially his young, promising players.

“That’s experience,” he told evertontv. “He played a long time out of the highest level in football.

“He won titles and of course that’s a big experience.

“We have some young players, they need to learn, they need to improve and they have a really good teacher – not always in talking but also what he is showing on the pitch.”

Koeman says Everton can – and will – do “much better” moving forwards, but was pleased to get the season off to a winning start.

Stoke counterpart Mark Hughes was philosophical after the narrow loss on Merseyside and praised his debutants Kurt Zouma, Darren Fletcher and Maxim Choupo-Moting.

“I thought the new guys stepped up to the plate and showed what they will offer us over the course of the season, and beyond,” the Potters boss said.

“Max was only ever going to be available for a maximum of 30 minutes because he has had no game time at all this summer, but he really impressed me with his cameo.

“He was strong and direct and showed some class when he came on, so we are really positive about what they are going to add to the group moving forward.”