The alarm was used for several months to deter rough sleepers from attempting to bed down in an underpass behind the shop in Ilford, according to the Guardian.

A group of homeless people have called for M&S to apologise for “tormenting” them with the high-pitched sound, after it agreed to remove the alarm.

Before removing it, the store initially said the device was no longer in use, saying protection law required it was installed to “secure” the area.

But it has allegedly since said engineers would remove it from the premises altogether. 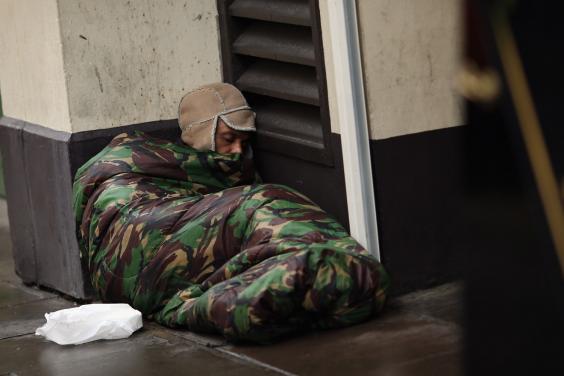 It said it would draw up a local action plan and work with charities to “help fund practical measures to support those affected” by the homelessness.

One homeless man in the area, Parker, 39, told how the alarm made it impossible to sleep, and made rough sleepers more “on the edge and more aggressive.”

“It is exhausting being homeless, walking everywhere and dragging heavy bags with you,” he told the Guardian.

“When you are homeless you feel insignificant and a nuisance. Being subjected to that alarm adds an extra layer to those feelings and separates us further from the mainstream world.