Cars were submerged and a Tube station shut as flash flooding hit west London during a huge thunderstorm.

London was hit by spectacular lightning and torrential downpours throughout Tuesday night.

Cars parked under the bridge outside the station were submerged after the thundery downpours began after 10pm. 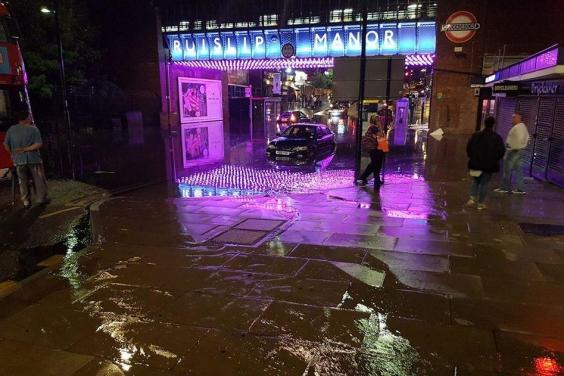 Witness Rhonda Ferry told the Standard: “It always floods with this sort of rain. 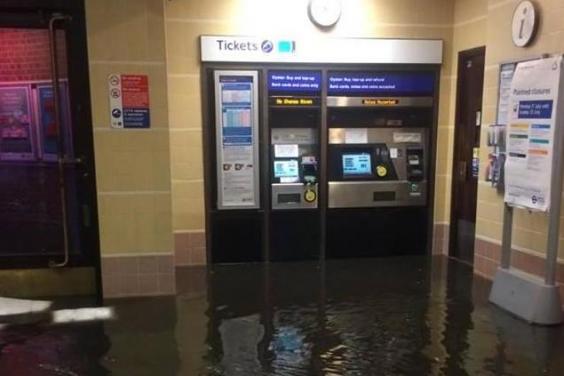 “It was knee deep in the station and up the hill by traffic lights water was rushing downhill into the dip, making it difficult to cross, ankle deep off the kerb.”

She said the flooding extended to about 30 metres either side of the station. 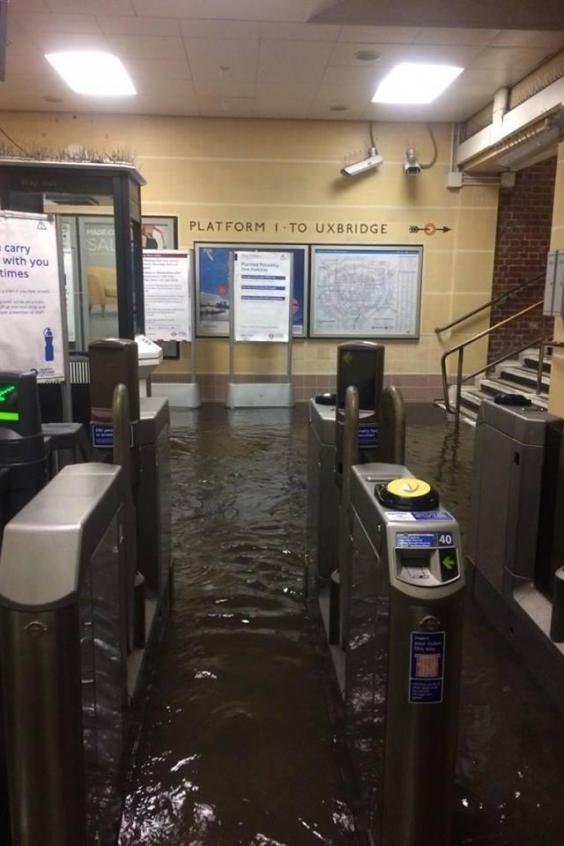 Meanwhile Stephanie Rudd, who lives a two minute walk from the station, woke up to find her back garden flooded.

She said: “I am about a two minute walk from the train station, the flooding was in our garden as we are sort of on a hill but we are on a corner so the water flows straight down to us.”

A spokesman for TfL said the station was closed after about 10.30pm last night and reopened at about 6am on Wednesday following the flooding.