British holidaymakers are being urged to watch a new safety video on how to survive a terror attack ahead of their summer break abroad.

Authorities have told tourists to stay alert for terrorist attacks while on holiday and watch the four-minute “run, hide, tell” safety film before they leave.

The video shows a gun attack unfolding at a hotel and outlines the main advice for Brits abroad.

Just over two years ago thirty Britons were among 38 victims killed when a gunman opened fire at a Tunisian beach resort. 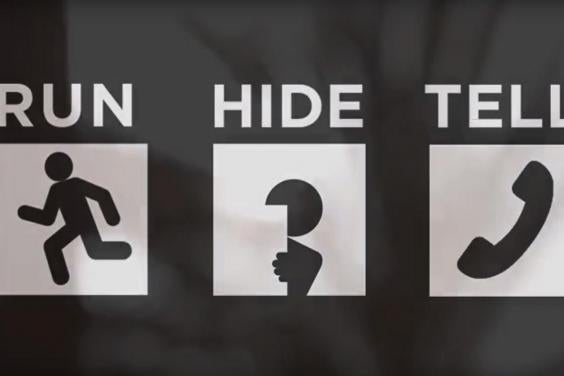 Holiday prep: Tourists have been told to watch the four-minute film before they leave for their holiday. (PA)

Police emphasised there is no specific intelligence that UK holidaymakers will be targeted this summer, saying the film is part of a general campaign to raise public awareness.

Detective chief superintendent Scott Wilson, national co-ordinator for the ‘protect and prepare strategy’, said: “As we saw in Tunisia in 2015, any Westerner is likely to be a target anywhere in the world.

“That’s the sad reality of it. The chances of it happening are still very low. 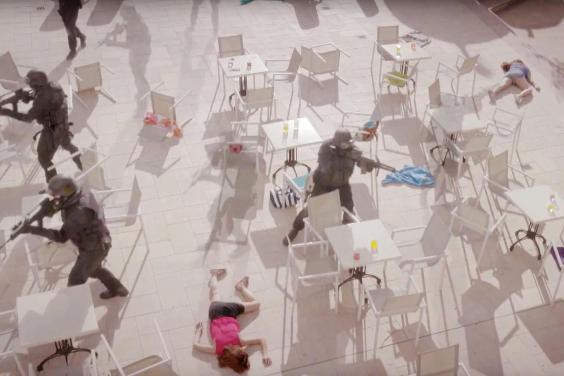 “We’ve seen attacks in numerous countries so we are trying to say Western tourists overseas should be aware of what they should and shouldn’t do if they are caught up in such an attack.”

The run, hide, tell message was first introduced by UK police in December 2015 and was activated during the London Bridge atrocity last month.

The guidance, from counter-terror authorities including ministers and police, says that people should run to a place of safety if there is a safe route, leaving belongings behind and insisting others go with them.

If there is nowhere to go, then they should hide by barricading themselves in and turn their phones to silent.

Then, only when it is safe, they should alert the authorities by calling the local emergency number, which holidaymakers should find out in advance. For EU countries it is 112.

Mr Wilson said: “The chances of being caught up in a terrorist incident are still low but sadly we have seen atrocities take place in the UK and abroad.

“So it is important everyone stays alert and knows what to do if the worst was to happen.

“We want people to think of this in the same way they do the safety film airlines show before take-off. They don’t expect anything bad to happen but it is a sensible safety precaution to show people what to do.”

Foreign Office minister Lord Ahmad of Wimbledon encouraged people to watch the film before they go away.

He said: “While there is no specific information that British holidaymakers will be targeted this summer, it sets out some simple steps we can all take to minimise the impact of an attack if one does take place.”

More than 20,000 travel reps have been trained in safety measures including how to spot suspicious items and activity, as well as what to do in the event of a major terrorist incident.

Nikki White, director of destinations and sustainability at travel association Abta, said: “We know that customers would look to those staff working in their hotels and resorts to take the lead and respond quickly to an emerging situation.”