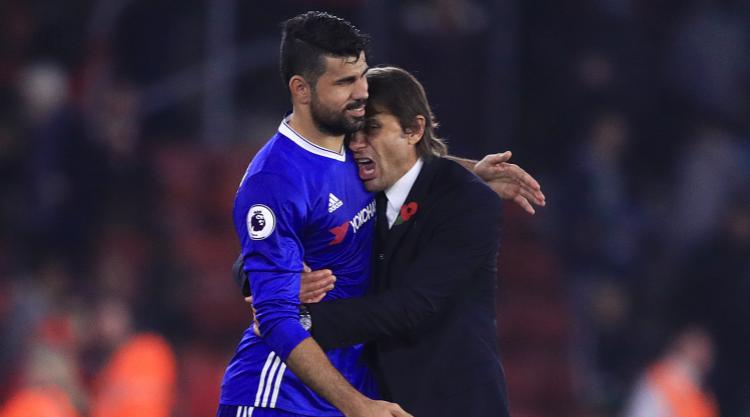 Costa top-scored for the Blues with 20 Premier League goals last season as they convincingly won the title in Conte’s first year in charge.

But the relationship between the pair has soured, culminating in a message from the Italian boss saying the Brazilian-born Spain international has no future with the London club.

Gullit, who famously fell out with Alan Shearer while in charge at Newcastle, was critical of Conte and believes he has brought pressure on himself.

“It’s all been instigated about what happened with Diego Costa,” Gullit told BBC Five Live.

“It’s a little bit strange that you hear at the end of the season that you’re not welcome, and now he’s training somewhere in Brazil and that’s not good for Costa, not good for the club, not good for anyone.

“(It was) not very wise to do. You don’t do that. I think it is a mistake by Conte and I hope that he has learnt from it.

“He still has the possibility to do something about it, just got to him and say, ‘I’m sorry that I did it, you have to come back, we will talk’.

“You need to see each other face to face. You don’t need to like each other, but you need to respect each other. I f he doesn’t want to come back then you have to find the best solution for the club.”

Gullit, who was in charge of Chelsea between 1996 and 1998, has also backed proposals to close the transfer window before the beginning of the season.

“The thing that irritates me the most is that we all talk about transfers until the 1st of September,” he added.

“Do that before the season starts. I think it has to stop that you can still do transfers when you have already started with your competitions.

“It is a bad thing at the moment because we talk only about transfers.”