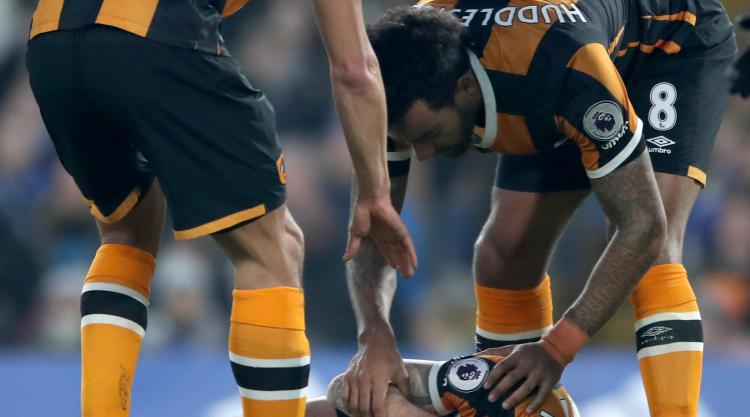 Hull midfielder Ryan Mason is progressing towards a return to full training, the club have confirmed.

Mason, the Tigers’ record signing, has been sidelined since fracturing his skull in January and announced his return to light training on social media last month.

“He is doing some technical parts of the training sessions with the main group, and other parts of training he is doing outside of the group.

“That is a normal situation for somebody in his position.”

Mason, 26, had 14 plates inserted into his skull and spent eight days in a London hospital following a clash of heads with Chelsea defender Gary Cahill at Stamford Bridge on January 22.

Slutsky said midfielder David Meyler has targeted a return to full training before the end of pre-season after sustaining a medial knee ligament injury in April.

Will Keane is also working his way back from a serious knee injury. The former Manchester United striker was ruled out for 12 months last November after surgery to repair an anterior cruciate ligament.

“With Will, we are looking at him coming back in October. He has had a very serious injury,” Slutsky added.

Defender Moses Odubajo has had no timeframe put on his expected return following a recent visit to a consultant. He had a setback in November after dislocating a kneecap last July.