A senior minister today called for London’s world-famous Notting Hill Carnival to be moved in the wake of the Grenfell Tower blaze.

Minister for London Greg Hands asked if it was “appropriate” for thousands of revellers to enjoy the annual celebration in the shadow of such a tragedy.

But London’s mayor, Sadiq Khan, rejected the call, saying the carnival belonged on the streets of its Notting Hill birthplace.

He also warned it would be a “mistake” to risk damaging community relations. 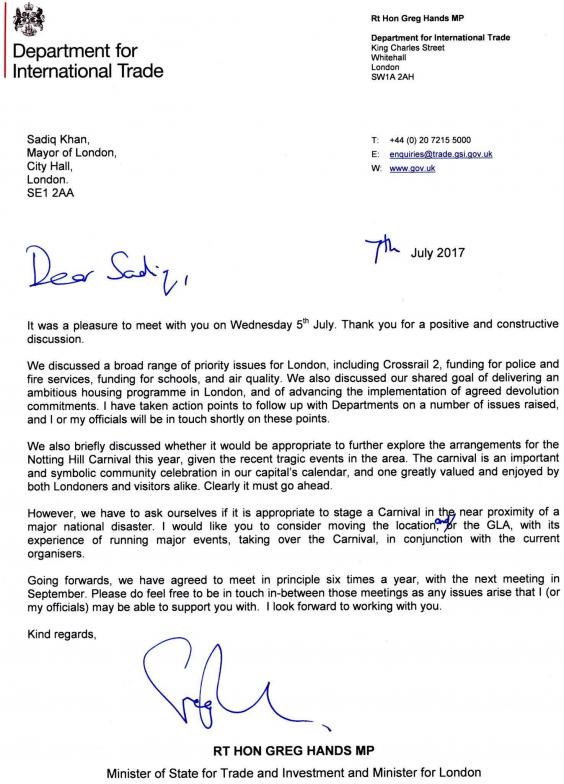 The letter sent to City Hall by Greg Hands

Some two million people are expected to converge on the 51st annual street festival of dancing, music and colourful floats, which has become Europe’s biggest event of its kind.

But there has been a long-running campaign by some West London residents and businesses for it to be moved to a park to reduce disruption to locals.

In a letter to the Mayor, Mr Hands, the MP for Chelsea & Fulham, urged him to consider moving it “given the recent tragic events in the area”.

He said: “The carnival is an important and symbolic celebration in our capital’s calendar, and one greatly valued and enjoyed by both Londoners and visitors alike. Clearly it must go ahead. 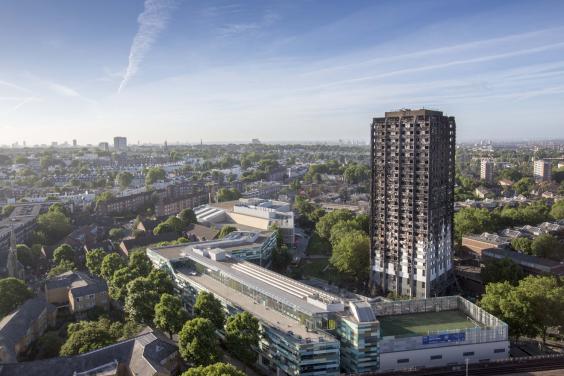 “However, we have to ask ourselves if it is appropriate to stage a carnival in the near proximity of a major national disaster.”

Mr Khan hit back that the event was “a firm London tradition” and any attempt to move it would be “a mistake” given the public mood after the fire.

“It was born out of the African-Caribbean immigrant community in North Kensington and Notting Hill in the 1950s, and it’s only right that this remains its home,” said the Mayor’s spokesman.

“Any attempt to impose a move to another location on the carnival, particularly at a time when the community is mistrustful of many those in positions of authority, would be a mistake.”

He said City Hall, local boroughs and the police were all working to make the event “safe and successful”.

Former Kensington MP Victoria Borwick campaigned for the carnival to be moved following what she called a “year on year increase in violence”. 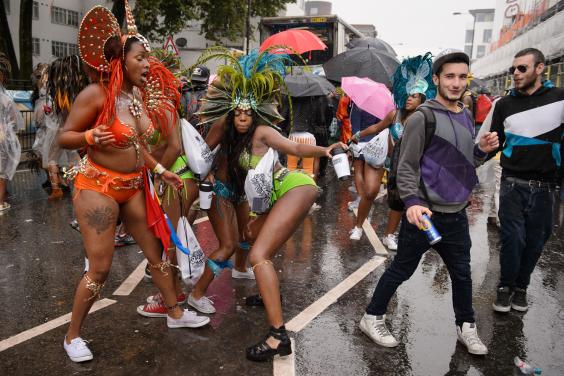 Four people were stabbed and 45 police officers injured in violence at last year’s carnival, where more than 450 were arrested.

Last month a carnival founder promised this year’s event would go ahead to “brighten the gloom” hanging over London in the wake of the Grenfell Tower disaster and terror attacks.

Sonny Blacks, who served on the original carnival committee in 1968 said: “Undoubtedly it will go ahead. It will brighten up the whole gloom that is over London, and we need that.

“People are distressed to talk about it in full, and our thoughts are not there yet. But time is going to be running, and we hope everything will go well. We’ve got to be positive.”