Sadiq Khan has backed plans to transform a section of disused railway between Camden and King’s Cross into a public garden set to rival the New York Highline.

Plans for the Camden Highline, a public garden cutting walking time between the two London landmarks to 10 minutes, have been put forward by campaign group Camden Town Unlimited.

The line crosses eight roads, over seven existing bridges, and was originally intended to be used as part of north London’s Overground network. 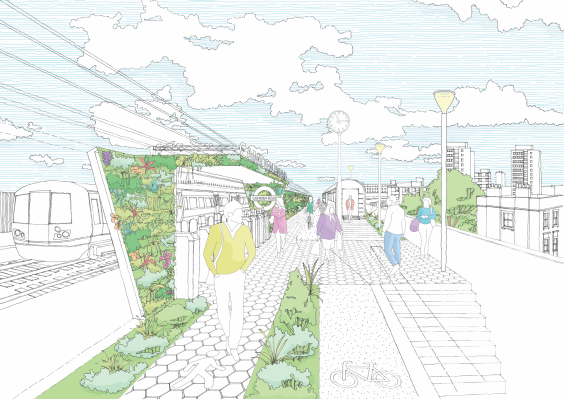 Exciting plans: The proposals have been compared to the New York highline (Camden Town Unlimited)

The route would begin above Kentish Town Road and lead eastwards over Caledonian Road towards Camley Street which leads directly to King’s Cross. 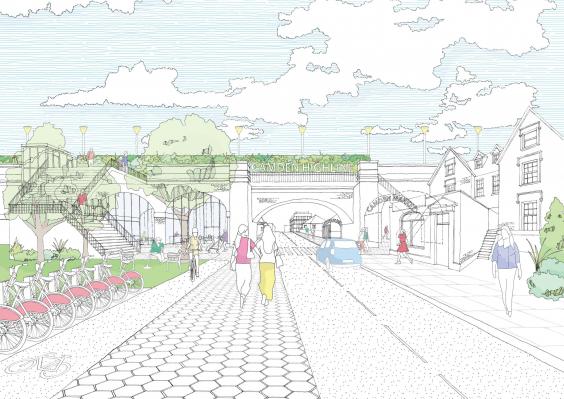 Camden Unlimited matched £20,000 of funds to give the innovative design the green light.

The Mayor London pledged £2,500 and spoke out in support of the initiative.

He said: “This innovative project has the potential to become a real asset Camden and is a great example of a local community taking an idea and garnering support in order to make it a reality. I look forward to seeing it develop.”

Development director Mark Alper added: “The Highline will bridge the gap between two of London’s most vibrant areas –Camden Market and Granary Square in King’s Cross – and it will be an attraction in its own right. Let’s get it built and make two fantastic places even better.”