A picture of a baby cow has taken the internet by storm over its striking resemblance to Kiss frontman Gene Simmons.

The newborn calf, from Kerrville in Texas, is less than a week old but is already being compared to the famous rocker because of its distinctive black and white facial markings.

Named Genie, the calf even sticks its tongue out in an uncanny tribute to the 67-year-old musician.

The photo was shared across the internet by Hill Country Visitor, a tourism group in the area where the calf was born. 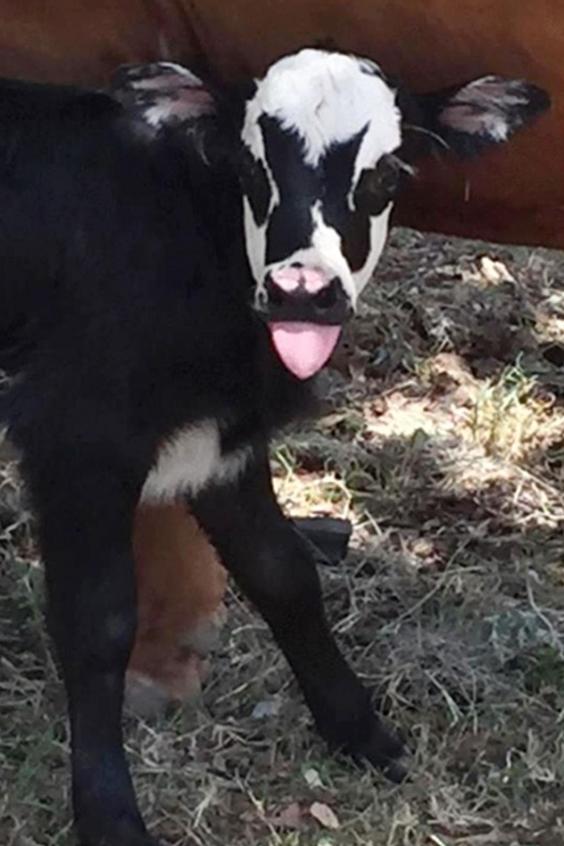 Although young Genie was born onto a ranch run by a local steakhouse worker Heather Taccetta, it looks like his celebrity lookalike face might save him from the slaughterhouse.

“Obviously, we can’t serve this fine specimen,” the tourism board said.

Simmons, who lives in Los Angeles with his former girlfriend, took to Twitter to show his excitement at finding the unlikely doppelgänger, writing: “This is real, folks!!!”

Joking that Simmons could be the father, the tourism agency asked: “Where were you on or about November 25, 2016?”

Nicknamed ‘the Demon’, Simmons had been fighting a court battle to patent his iconic “devil horns” hand gesture but dropped the case in June.