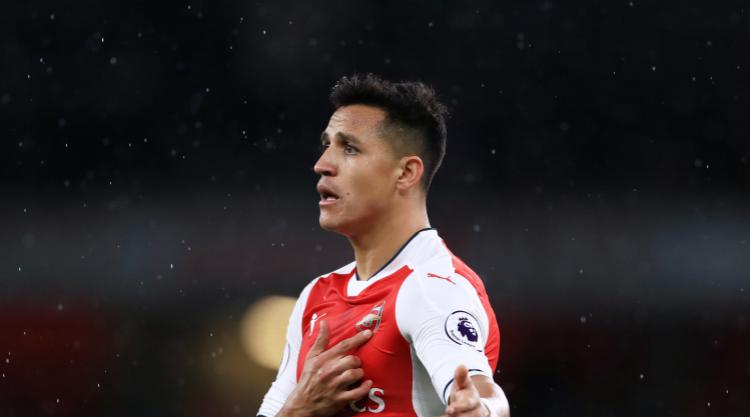 Arsenal will not sell Alexis Sanchez this summer, according to manager Arsene Wenger.

Sanchez last week stated his desire to play in the Champions League and hinted his mind was made up to leave the Gunners.

The 28-year-old only has one year left on his contract, giving Arsenal a dilemma whether to cash in on the forward or potentially see him leave for free next summer.

Wenger, speaking ahead of Wednesday’s friendly against Bayern Munich in China, told reporters: “The decision has been made and we will stick to that.”

Asked what the decision was, Wenger added: “The decision is not to sell.”

Sanchez is attracting interest from the likes of Manchester City and Bayern and when questioned last week, appeared to suggest his future lay elsewhere.

”I’ve already taken my decision, but now I depend on Arsenal and to see what they want,” Sanchez told Canal 13 in Chile.

”My idea is to play in and win the Champions League. It’s a dream that I’ve had since I was small. For now I’m at Arsenal and my contract finishes in another year.”

Wenger insisted he did not attach much significance to his star player’s comments.

“I do not give too much importance to things that are translated,” Wenger said.

“The whole interview, which I got, did not really mean that [he only wants Champions League football]. The main focus for us is on the Premier League, that for me is more important than the Champions League.

“We sometimes rested players in the group stage of the Champions League for the Premier League, so that has become the biggest importance for us.

“We have played 20 years in the Champions League, 17 years before Alexis arrived and three years with him – he can get us back in there.”

Arsenal have already made a statement of intent this summer by signing France forward Alexandre Lacazette from Lyon for a club-record fee.

“For the amount of money that the Premier League spends, it’s linked with the fact that when people know that you have money, they want a lot from you,” Wenger said.

“That’s just a fact and the consequence of the Premier League being rich. That explains the (transfer fees).”