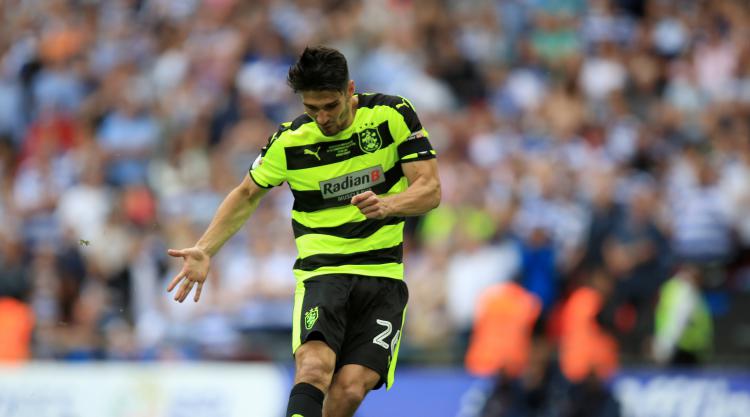 Huddersfield’s penalty hero Christopher Schindler put the club’s Championship play-off victory over Reading at Wembley down to the effort put in over the whole season.

The German converted the final spot kick to seal a 4-3 penalty success after the game had finished 0-0 at the end of extra-time.

Schindler told Sky Sports 1: “It’s unbelievable. We put so much effort into the whole season. I think we deserved it and the feeling is unbelievable now.”

He said of his decisive contribution: “The heart rate was pretty high. I think nobody is 100 per cent comfortable taking a penalty.

“I’m s o happy that I’m here with this wonderful team. I think we are going to have a party now.”

Huddersfield goalkeeper Danny Ward, who saved Jordan Obita’s penalty to give Schindler the chance to score the winner, paid tribute to manager David Wagner after the victory.

He said: “I think the manager plays a huge part, especially with the people he brought in during the summer.”

Ward added: “It still hasn’t quite sunk in. It just sums our season up to be honest. It’s fully deserved.

“The desire the group have got to hang in there is unbelievable.”

Michael Hefele missed his own spot-kick early in the shoot-out and admitted: “It was the worst moment in my career but I think we just stick together.

“Everybody achieved such a big thing, we are now in the Premier League with Huddersfield Town. Such a small club is now in the best league in the world, it’s just crazy.”