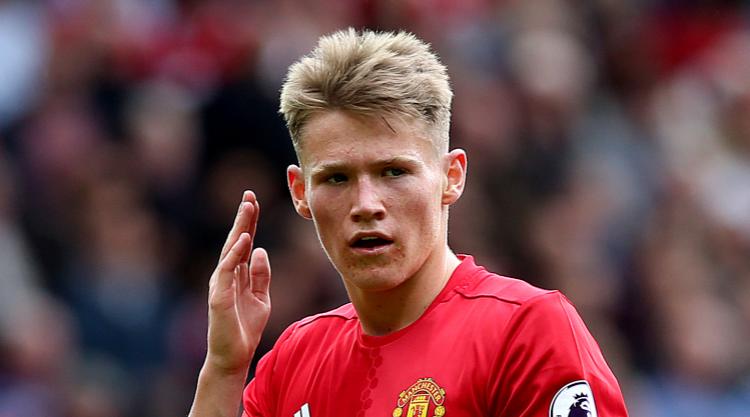 Scott McTominay wants to cap a whirlwind few months by establishing himself as part of Manchester United’s first-team set-up.

Jose Mourinho thrust the academy graduate into the side as last season came to a frantic conclusion, with the 20-year-old making his debut off the bench at Arsenal before starting the Premier League finale against Crystal Palace.

McTominay, who was five when spotted by United, is now with the first-team squad in Los Angeles, where he has the chance to catch the manager’s eye in pre-season training.

“Obviously it is an amazing experience for me, coming away with the first team on my first tour, coming to LA,” the midfielder said.

“You have got to grasp the opportunity and take everything in, what the players do, how they rest, preparing for games.

“It is just really good to be around the squad and hopefully I can show everybody, including the manager, what I am capable of and push on from there.”

McTominay has been taken aback by the intensity of training in LA – and the fact Julia Roberts and The Rock have been among the star visitors – but is confident in his ability to cope at this level.

The 20-year-old could yet leave on loan this summer given the competition for places, but impressing the coaching staff is his only focus right now.

“That is obviously the main thing for me, playing games,” he told MUTV when asked about the US tour.

“I just want to show the manager what I am capable of and hopefully he likes what he sees. Then we can take it from there.”