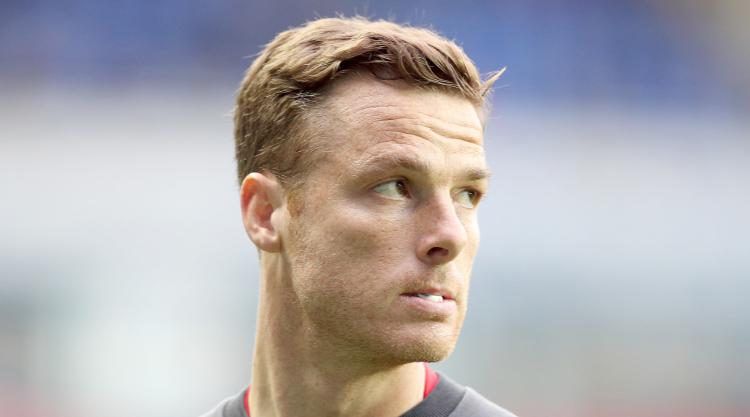 The 36-year-old began his career at Charlton, before playing for Chelsea, Newcastle, West Ham, Tottenham, and most recently Fulham. He was capped by England on 18 occasions in a career which spanned two decades.

Parker was also named the Footballer Writers’ Player of the Year in 2011 during his four-season spell at West Ham.

“The decision to retire has not been an easy one for me but having thought long and hard over it, and having discussed it with those closest to me, I believe that now is the right time to move on to the next chapter in my life and career,” Parker said in a statement released to Sky Sports on Wednesday.

“When I started my career at Charlton Athletic all those years ago I could only have dreamt at that time just what was to follow over the next two decades.

“I feel incredibly honoured and proud to have enjoyed the career that I have and I’ve loved every moment of it.”

Parker made 31 appearances for Fulham last season, with his last professional outing coming as a second-half substitute in their 2-1 victory at Sheffield Wednesday on the final day of the Championship season. He was an unused substitute in both legs of Fulham’s play-off defeat against Reading.

Parker made his professional debut as a teenager for Charlton in 1997. He made nearly 150 appearances for the east Londoners before Claudio Ranieri took him to Chelsea for Â£10million in January 2004, shortly after Roman Abramovich had taken over the Stamford Bridge outfit.

The midfielder however, found opportunities at the Blues hard to come by and was sold to Newcastle the following year. Parker captained the Magpies after Alan Shearer retired -but following 55 Premier League appearances on Tyneside he headed back to London to sign for West Ham.

Parker became an integral player for the Hammers, making more than 100 league starts, before he handed in a transfer request following their relegation to the Championship. Tottenham would be Parker’s next stop. He enjoyed two seasons at White Hart Lane but signed a three-year deal at Fulham in 2013 which expired this summer.

The midfielder played every match of England’s Euro 2012 campaign under Roy Hodgson and featured for the Three Lions at all age levels. His last international appearance was as a second-half replacement for Frank Lampard in England’s 8-0 World Cup qualifying victory at San Marino in May 2013.