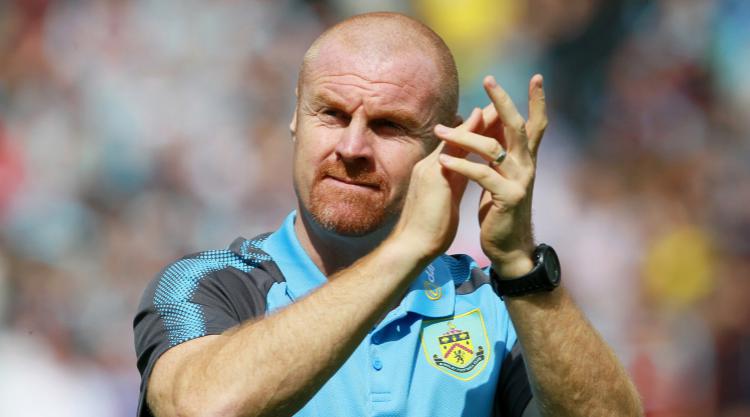 Burnley boss Sean Dyche believes the departure of Andre Gray for Watford represents a reality check for the club.

Last season Dyche’s side finished above the Hornets in the Premier League, taking 16th place on goal difference, but found themselves unable to compete financially when their rivals came calling for the 26-year-old striker.

Gray had a year left on his Burnley deal but rejected new, improved terms and on Wednesday sealed his switch to Vicarage Road for a fee believed to be worth up to £18.5million.

He is the second key player to leave Turf Moor this summer, following England defender Michael Keane, now with Everton.

A pragmatic Dyche said of the eve-of-season exit: “There’s still a level this club operates to. It makes it tough at times, but it’s the reality. I’m not going to start crying it in but it is difficult.

“No-one wants to lose their best players, but there’s a reality to all clubs, particularly this one.

“Andre had a year left on the contract and it’s normal football business. We went as far as we could (with a contract offer).

“We are not the market leaders financially. Andre is 26 and it’s an important stage of his career and life.

“How far do you go to keep them here as regards their contracts? What are they asking for, what are their agents wanting? Some outgrow the club financially.”

The pattern may be familiar to Dyche, who has also seen the likes of Kieran Trippier, Charlie Austin and Danny Ings flourish under his guidance only to move up the food chain, but he has learned to look on the bright side.

“This happened once before with Charlie, two days before the start of the season, so they gave us an extra day,” said Dyche, whose side face champions Chelsea in their season opener on Saturday.

“But when that happened it led to the emergence of Sam Vokes and Danny Ings. When these opportunities come around, they’re there to be gripped by the players, so there are obvious slots available.”

Gray’s fee, added to the £25million received for Keane, means Burnley have money to spend on reinforcements, with Hull’s Sam Clucas and Stoke’s Ryan Shawcross both linked.

Dyche, though, was giving little away on that score.

“”I’ve always attempted to keep my business as private as possible,” he said. “There’s a respectful way of doing things, it’s not everyone’s way but it’s my way.”