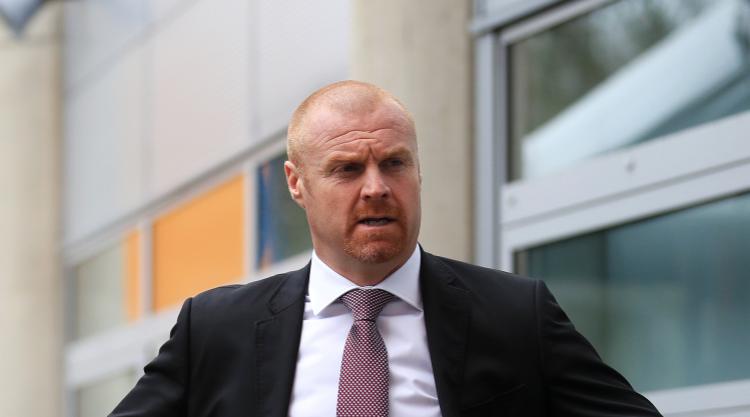 Burnley manager Sean Dyche is relishing his side’s Premier League clash with Tottenham at Wembley but hopes the magnitude of playing at the national stadium does not distract them from the task at hand.

The Clarets travel to the home of English football for Sunday’s top-flight match with Spurs sitting mid-table after a mixed start to their league campaign, which includes a shock opening-day victory over champions Chelsea and last weekend’s narrow defeat at home to West Brom.

Dyche told the club’s official website: “You have to remember that, although Wembley has an extra edge to it as a stadium, it’s not like it was, growing up as a kid, when it was the be-all and end-all if you got there, for whatever reason.

“You go to places like the Emirates and you are playing in a huge stadium, virtually like Wembley. So I don’t think the players will have a problem with that side of things. It’s more a case of getting on with the game; that’s their key focus.”

Burnley head to London on the back of Wednesday’s 2-0 Carabao Cup victory over League One Blackburn and Dyche is hoping the confidence factor from getting one over their closest rivals – plus the win at Chelsea – can help inspire another result at neighbours Tottenham this weekend.

He added: “Our continued growth as a group, not just with a group of players, but also our drive to understand the Premier League, can only be enhanced when you get big results at big stadiums, like at Chelsea.

“You can’t really measure it, but you just know that the players will continue to mature from such experiences going forward.

“Now that doesn’t mean we are guaranteed a result against Tottenham, but it means you are in a better train of thought because of the recent experience.

“We go there to play with a bit more freedom – at least that’s what I want from them – but still with a professional job to do.”

Summer signing Jonathan Walters is ruled out of the trip after suffering an ankle problem during the first half of the League Cup second-round win and will not feature at Wembley, while midfielder Jeff Hendrick is a doubt with a thigh strain.

However, record signing Chris Wood, who joined the club in a Â£15million switch from Leeds earlier this week, could be handed his first start after replacing Walters at Ewood Park, where Dyche made eight changes.