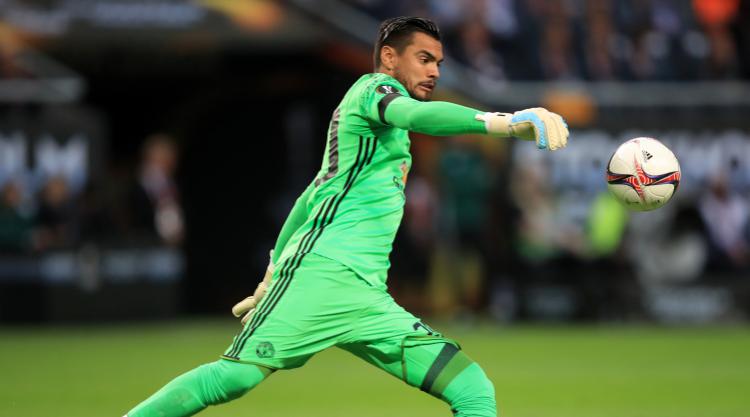 Sergio Romero has been rewarded with a new deal at Manchester United, keeping the goalkeeper at the club until at least 2021.

The Argentina international moved to Old Trafford two years ago and has proved a more than able deputy to first-choice David De Gea.

Romero has impressed when called upon and started the Europa League final – his 28th United appearance in all competitions over the past two seasons.

The 30-year-old’s displays have seen him rewarded with a new and improved contract until 2021, plus the option to extend by a further year.

“I am delighted to have signed a new contract,” Romero said. “Who wouldn’t want to be at the biggest club in the world?

“We have great goalkeepers here and we are always learning from each other.

“Of course, it was a very proud moment for me and my family to be part of the Europa League final and I am looking forward to helping the team build on last season’s success in 2017/18.”

Romero has at times been linked with a move away from the north west, but manager Jose Mourinho has always wanted to keep the Argentinian.

Earlier in the year the United boss expressed his belief that the 30-year-old and De Gea are “equally important” so is naturally delighted to see him extend his stay.

“Sergio is a great goalkeeper and professional,” Mourinho said.

“He had a good season and outstanding performances, especially in our Europa League success.

“Sergio deserves his contract and for Manchester United to have Sergio and David is amazing in such an important role.”

Romero will get his first action of pre-season against Real Salt Lake on Monday evening local time.

Argentina’s number one was reduced to a watching brief as United’s pre-season tour kicked off with a 5-2 win at the Los Angeles Galaxy but has been promised a half in Utah.

“In the second match, David does not play,” Mourinho said earlier in the week.