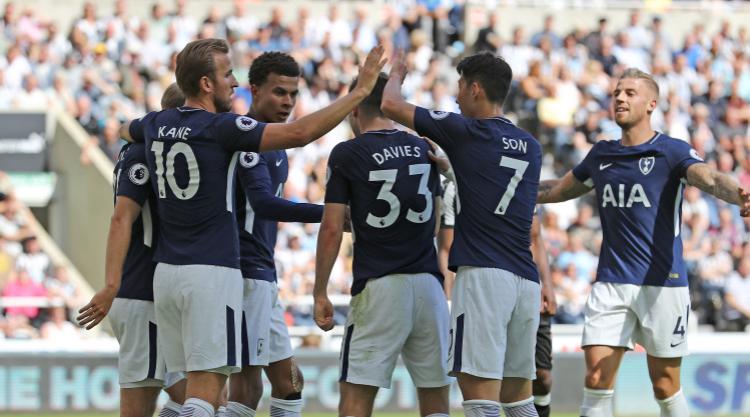 Skipper Jonjo Shelvey was sent off for standing on Dele Alli as Newcastle’s return to the Premier League was ruined by Tottenham.

Second-half goals from Alli and Ben Davies ultimately did for the promoted Magpies with the visitors coasting to a 2-0 victory, but it was Shelvey’s 49th-minute dismissal which opened the door after his side had scrapped their way to the break without major incident.

The 25-year-old, who was banned for five games last season after being accused of making racist comments towards Wolves midfielder Romain Saiss, saw red to the astonishment of his team-mates and the locals among a crowd of 52,077, although television replays suggested he had stood on Alli’s ankle as the Tottenham man lay on the floor.

His impending suspension and injuries to defenders Paul Dummett and Florian Lejeune made it a bad afternoon for manager Rafael Benitez and watching owner Mike Ashley.

In contrast, Spurs boss Mauricio Pochettino left Tyneside having seen a satisfactory performance from his men, who were eventually rewarded for their patience.

Benitez had admitted in the run-up to the game that his players would have to battle for their lives throughout the entire campaign, and they did just that before Shelvey’s premature exit.

With the hosts sitting deep and attempting to maintain their shape, Spurs dominated possession as Christian Eriksen, seemingly in perpetual motion, orchestrated proceedings with the help of Mousa Dembele, Alli and pantomime villain Moussa Sissoko, who was booed at every touch on his return to St James’ Park.

It was the Magpies who created the first opening when last season’s top scorer Dwight Gayle ran on to Dummett’s ball over the top, only to shank his left-foot shot wide of the target.

However, chances proved few and far between for the home side with only winger Christian Atsu causing the visitors sporadic problems, and it was Eriksen who looked the most likely to break the deadlock.

The Dane shot across the face of goal with 27 minutes gone after Spurs had broken from a Newcastle corner, and he tested goalkeeper Rob Elliot with a dipping volley four minutes before the break.

But the game was to take a nasty twist for Newcastle within minutes of the restart when, after referee Andre Marriner had blown for a foul by Alli, Shelvey appeared to stand on the prone player’s ankle as he walked by, prompting the official to show a straight red card.

Gayle forced a near-post save from Hugo Lloris in the immediate aftermath, but opposite number Elliot had to make a fine 52nd-minute block to deny Harry Kane the opening goal.

However, there was nothing the Republic of Ireland international could do to keep his side level nine minutes later when Eriksen picked out Alli’s run into the box and the England midfielder guided the ball home.

Newcastle’s hopes of a comeback were dashed with 20 minutes remaining when the ball broke to full-back Davies inside the penalty area and he slotted past the advancing Elliot, while Kane hit a post in stoppage time to spare them further punishment.