This is the shocking moment a man was thrown into a busy road and repeatedly stabbed by a gang of thugs behind Brixton’s O2 Academy.

The man had been walking a woman to her car before the “unprovoked” attack, which happened as crowds flooded out of a Stormzy gig at the popular music venue.

Video footage has been released showing at least five males, all dressed in dark clothing, push the man into Stockwell Road causing him to fall to the ground, before the assault was carried out.

The 29-year-old was rushed to hospital by a passing motorist. Nothing was taken from him and his injuries were non-life threatening, police said. 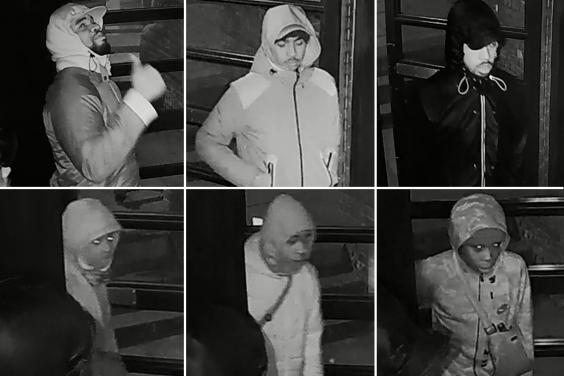 The woman, also aged 29, escaped on foot and was not hurt.

Detective Constable Sarah Mustoe, the officer in the case, said: “This appears to have been an unprovoked attack in a very busy area.

“A show at the O2 Academy had just finished, so there would have been a lot of people on the streets heading home after a night out.

“The motive behind the attack is unclear, and the suspects have not hesitated to inflict what could have been very serious or even fatal injuries using knives. We would ask anyone who recognises the people in the CCTV to come forward.”

Police said there was nothing to suggest a link between the gig and the attack; however they could not confirm whether or not the group had attended the concert.

They are hunting six males, aged between 13 and 25, after the incident on May 4.

Anyone with information that could assist with the police investigation is asked to call Lambeth CID via 101 or via Twitter @MetCC.