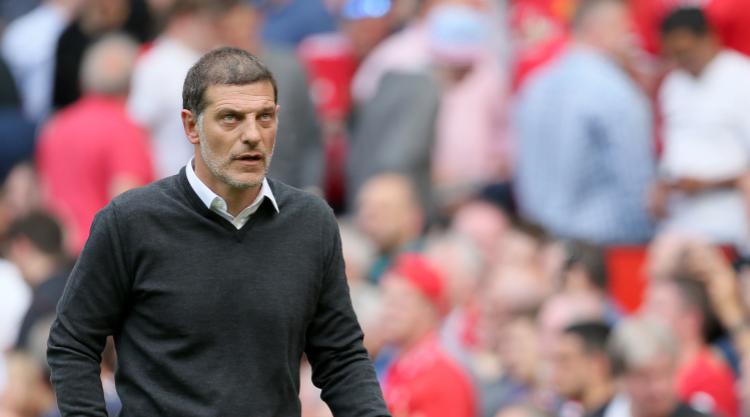 However, Carvalho’s current club Sporting Lisbon are reportedly holding out for £40million for the 25-year-old.

Carvalho is understood to be keen on the move, though, and Bilic says Hammers joint-chairman David Sullivan is still on the case.

Bilic said: “I left it to the chairman and the people who are involved. I am concentrating only and totally on our (next) game.

” We will see what happens with ins and outs. It’s becoming very busy at other clubs too. “

Hart, Zabaleta, Arnautovic and Hernandez all made their debuts at Manchester United last weekend, and things did not go entirely to plan in a chastening 4-0 defeat.

Next up for the Hammers is another away trip – due to the fact the London Stadium has only just finished hosting the World Athletics Championships – to Southampton.

Winger Michail Antonio makes a welcome return to the squad following a hamstring operation but the match comes too soon for Andy Carroll.

The injury-prone striker is back in training after the thigh problem he suffered last season, and will be desperate to get a run of matches with a World Cup on the horizon.

But Bilic warned: “It would be wrong to think about the World Cup for him.

“We need to focus on his first 10 games after such a long lay-off.

“We need him to start playing games and we don’t want to rush him. We don’t want a situation that after a few days of training then he plays and gets a new injury.

“We don’t want to wait too long but we have to have a short pre-season before he enters the pitch.”

Bilic is still without injured midfield duo Manuel Lanzini and Cheikhou Kouyate as he attempts to bounce back from their Old Trafford mauling.

“I said after the game that we should have done better. But, we didn’t give up,” he added.

“It wasn’t very smart at times though, and we crumbled.

“We have looked good in training, though. We want to approach the Southampton game in a positive mood.”