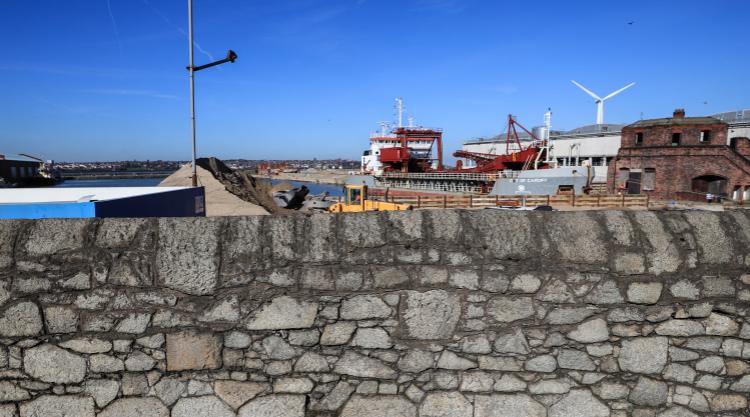 Everton’s new stadium architect Dan Meis is keen to ensure the club’s history is properly recognised in the construction of the Bramley-Moore Dock development.

The American wants to include the tradition of Goodison Park, the club’s home of 125 years, in the £300million 50,000-plus capacity new-build on the banks of the River Mersey.

Meis and his team have immersed themselves in the club’s history to help deliver a “potentially iconic” stadium to ensure Everton do not suffer the curse of a modern-day, soulless ground.

“So much of where we start isn’t about architecture – it is about the stories and the history,” he told Press Association Sport.

“We have seen a lot of new-builds not really tick that box. So many clubs have suffered from leaving these very intimate, tiny grounds which people had known for generations into large, new and shiny buildings where it is hard to keep that soul and spirit.

“We are fortunate the club really recognised they are the ‘People’s Club’ and while every new building needs the kind of revenue-generation opportunities (of a new stadium) the club is very clear that it is football first.

“Not every client comes to the table with a vision or a real deep understanding so Everton are way ahead of the game in that regard.

“That influences the architecture. We instantly know we are going to be a very tight (stadium) with steep stands up from the pitch.

“The fan experience will not be sacrificed by trying to leverage in corporate boxes – we will have some, obviously, as every building needs some – but it was very clear from the client’s early direction that every fan is important.”

Asked whether any representation of Goodison could be made in the new stadium Meis added: “We are looking at that opportunity – there are some very real things there we can translate.

“Everyone knows Goodison was challenged as an old building but there is plenty to love about it.

“I knew the history and my staff and I dove in really deep to understand the history.”

Meis has over two decades of experience at building major sports stadia, mainly in the United States but in various other countries as well, and Bramley-Moore Dock is his company’s second venture with a major European club as they are also designing Serie A side Roma’s new ground.

He has always taken inspiration from the local culture – robots and the Shinkansen bullet train influenced a Japanese project – and the Colorado-born architect is receiving a lot of input from fans on social media.

There are plans in the future to speak to supporters’ groups about their ambitions for the stadium but Meis already has a firm understanding of what is expected of him.

“The social media with fans is interesting. There is a consistency in a lot of the messaging such as ‘Don’t forget about Goodison’,” said the American, whose first major project as lead designer was the Manchester Arena in the early 1990s.

“I also get potentially crazy ideas but over time there are a lot of great nuggets that are consistent and match the club and what they are passionate about.

“With my architecture you will find walls that lean or areas that are floating above the ground so it doesn’t feel they are heavily-weighted into the site.

“What is so exciting is I’ve worked on waterfront projects before and designs which have very spectacular impact on the skyline but I’ve never worked with something as potentially iconic with the history of the docks and what that means to Liverpool.

“What we are trying to do is design a stadium to feel like it grew out of the docks and will really belong on that skyline and not be some space object which I could drop anywhere.”

There are plans to use the new stadium as part of Liverpool’s 2022 Commonwealth Games bid but Meis stressed that will not impact on its design and will “no way compromise the stadium for Everton’s future”.

A video emerged this week of a presentation Meis gave to executives in Cincinnati which used Everton-branded images of a new stadium but he stressed they were not blueprints for the actual design.

“We don’t want to put out imagery until we know what we can accomplish,” he said.

“It is very important to us that what we are designing is what we can deliver in real life.

“That architecture is certainly not architecture for Bramley-Moore but there are snippets of ideas, they are just like sketches in my sketch book.”