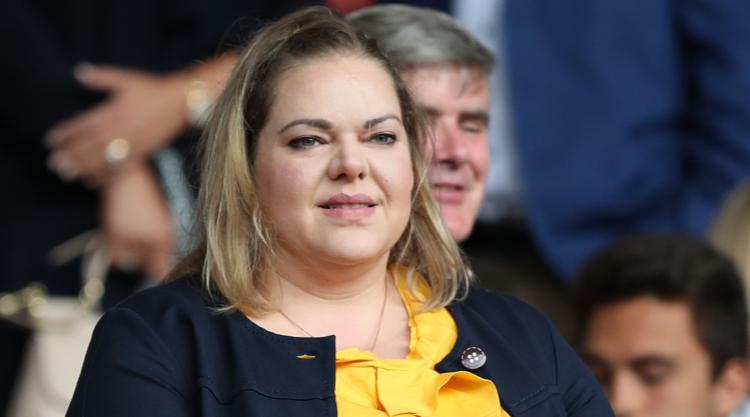 Southampton have announced a partnership with Jisheng Gao and his family.

The Chinese businessman has been in negotiations with the south-coast club for some time and will now be part of the set-up at the Premier League outfit moving forward.

Saints owner Katharina Liebherr confirmed the deal had been completed in a statement released to Southampton supporters on Monday afternoon.

“I am pleased to confirm that talks to bring in a new partner to our club have been concluded,” she said.

“Following extensive and fruitful work, we are entering into a partnership with the Gao family and I am excited about what we will achieve together.

“Today is the start of a new and exciting chapter for our club. Mr Jisheng Gao and his daughter, Mrs Nelly Gao, with whom I have built a close relationship, share our values and ambitions.

“As a team, we will strive to build upon the strong foundation that is in place towards sustainable long-term success.”

Liebherr went on to suggest that chairman Ralph Krueger, and other members of staff in place at St Mary’s, will continue to operate in their current capacity.

“Mr Gao, Nelly and I have full trust in Ralph Krueger and his management team. We wholeheartedly support their plans to follow the Southampton Way in the years ahead,” she added.

“But for now it is business as usual at Southampton Football Club and we must allow everyone at the club to focus on the first few weeks of the new season.

“I would like to thank the passionate supporters of the club for their ongoing loyalty and faith, and I look forward to seeing you soon at St Mary’s. We March On.”

Gao, whose company Lander Sports Development had been in talks with Liebherr during last season, now wants to move the club further forward.

“I am honoured and humbled to become a partner of Southampton Football Club alongside Katharina Liebherr, who, together with her father, has been such a great steward of the club, its growth and success,” he said.

“Together, we have the passion and motivation to build on Southampton’s excellent progress in recent years as we look forward to an exciting next chapter for the club.”

Southampton, with new manager Mauricio Pellegrino at the helm, started the season with a 0-0 draw at home to Swansea on Saturday.