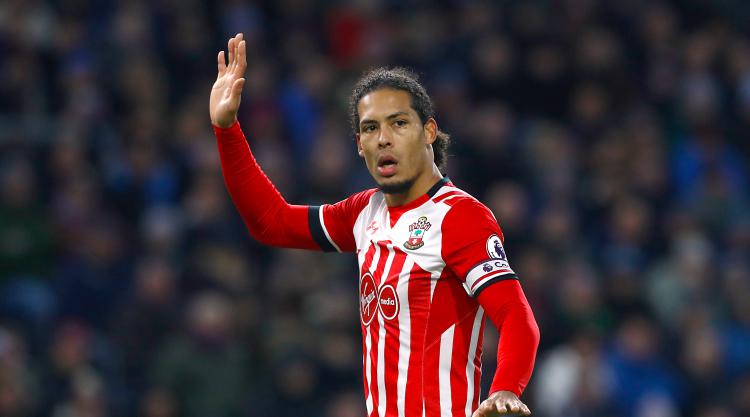 Southampton are thought to be closing in on the capture of Holland defender Wesley Hoedt from Lazio.

Saints boss Mauricio Pellegrino has refused to rule out a deal for the 23-year-old, while the St Mary’s outfit are understood to have lodged a £15.5million bid for the four-cap centre-back.

Southampton continue to insist they can retain wantaway defender Virgil van Dijk, despite the Dutchman continuing to agitate for a move to Liverpool.

“When he signs, a player is then for you (to talk about), but before that I have nothing to say.”

Pellegrino revealed the centre-back has now recovered – but will not be considered for selection for Saturday’s home league clash with West Ham.

“The Virgil situation, nothing has changed, it’s the same as last week,” said Pellegrino, of Van Dijk.

“For that reason I have nothing to say on that. He’s okay but he won’t be available to play.”

The Gao family from China completed their takeover of Southampton by purchasing an 80 per cent stake in the club this week.

Katharina Liebherr will retain a 20 per cent investment in Saints, and Pellegrino hopes the deal will further stabilise the club’s future.

“When I met (technical director) Les Reed and Ralph (Krueger), they told me that they want to keep the best players on the pitch,” said Pellegrino.

“And at this moment Southampton want to progress on the pitch.

“Ralph was clear, Les was clear, and hopefully we’ve got the same idea, that to progress as a club we have to keep our best players.

“And if you’ve got the fortune to bring in another good player we’ll be stronger.”