Photographs reveal the amazing moment a wild elephant was rescued at sea about 10 miles (16km) off the Sri Lankan coast.

The images show how Sri Lanka Navy divers tied a rope around an elephant who had strayed into the open sea and was struggling to stay afloat off the north-east coast of the island.

The pachyderm had become caught in a current, according to a Navy spokesman who called it a “miraculous escape”.

Initially spotted in the waters off the coastal town off Kokilai by the crew of a fast attack craft of the island’s East Naval Command, the elephant was safely pulled ashore with the help of another fast attack craft and two Cedric boats. 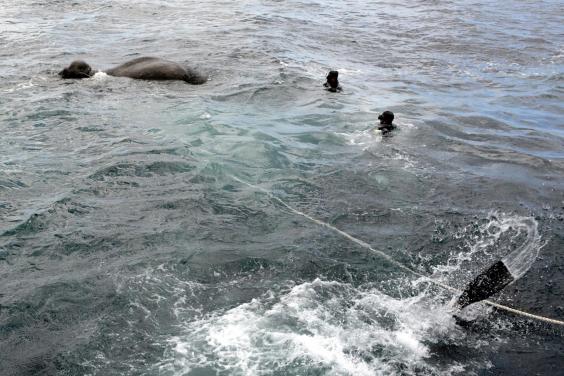 Submerged: Elephants use their trunks as natural snorkels when swimming (EPA)

The rescue took 12 hours, according to a Navy official.

It took place under the close watch of wildlife officials and, after the mammal was safely landed ashore, Sri Lanka’s Wildlife Authority took over handling its welfare. 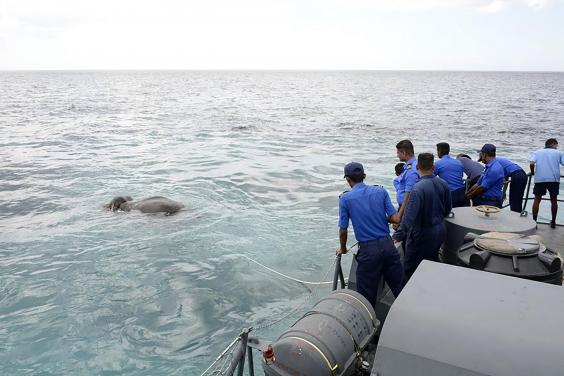 Despite their large frames, Asian elephants are excellent swimmers, able to use their trunks as natural snorkels.

They are known to paddle out to distances of several kilometres from the coast and are even used by people in some countries to ferry lumber across bodies of water.