A line-up from the worlds of sport, music and showbusiness today joined a campaign to tell the world that London is open for summer.

Formula One driver Jenson Button and presenter Natalie Pinkham, US comedian Jimmy Fallon and the Kaiser Chiefs joined Sadiq Khan to encourage visitors to the capital.

It follows warnings from some firms that tourism could be hit as a result of the terror attacks at Westminster and London Bridge.

The #londonisopen campaign aims to reassure visitors, as well as showcasing attractions. 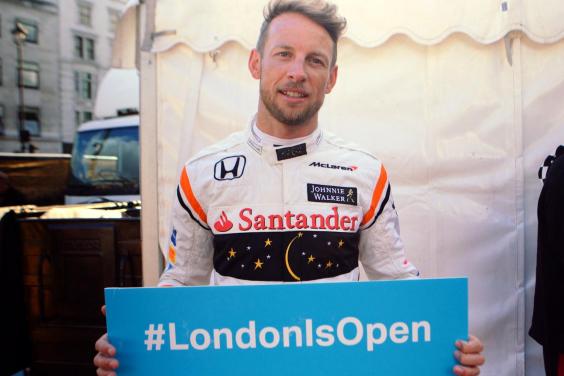 London has had a record number of tourists over the past month, with thousands attending events such as Wimbledon and gigs in Hyde Park. Crowds of more than 100,000 watched the Formula One Live showcase. Other events include the BBC Proms, the World Athletics Championships, RideLondon and Notting Hill Carnival.

Mr Khan said: “London is the greatest city on Earth and there is nowhere better to spend time this summer.  Every corner of the city is bursting with life and colour. I’m saying loud and clear: London is open for business and open to everyone this summer.”

A video featuring Sir Mo Farah and TV presenter Laura Whitmore has been launched in which stars discuss what they love about London in the summer. 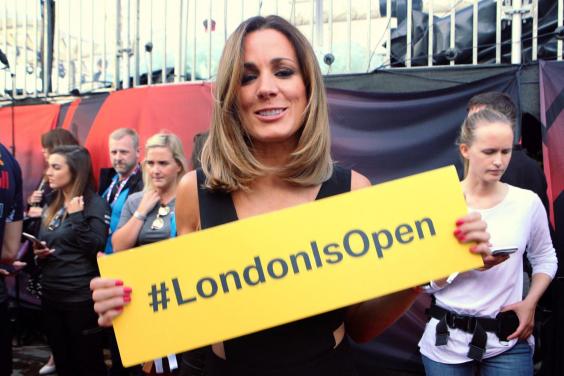 Natalie Pinkham backed the cause

More than 20 million Britons are considering a tourist trip to the capital in the next six months, according to Visit London.

Bookings are up 21 per cent from America and 14 per cent from the Asia-Pacific region compared to last summer. In the first quarter of 2017, a record 4.5 million overseas tourists visited the city.