Steam trains are set to depart from Waterloo station this weekend to mark the 50th anniversary since they were permanently replaced with electric engines.

On July 9, 1967, the curtains closed on London’s steam era following the electrification of almost all the railway lines south of the Thames.

The route from London to Southampton, Bournemouth and Weymouth was the last to see steam-hauled express and stopping trains in the UK.

To mark the golden anniversary, rail tour operators have organised a series of commemorative trips departing from Waterloo. 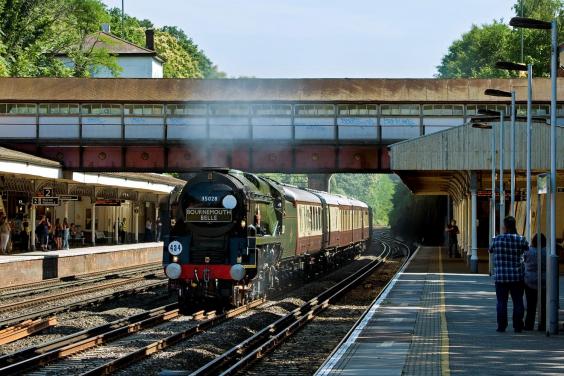 On Sunday, Clan Line – the only locomotive active until the final week of steam that is still operational – will haul passengers to Yeovil and back.

Built in 1948, Clan Line was purchased by the Merchant Navy Locomotive Preservation Society (MNLPS) weeks after the end of steam. It is still owned and maintained by the volunteer-run group today, and has just returned to its home in Battersea after a major overhaul. 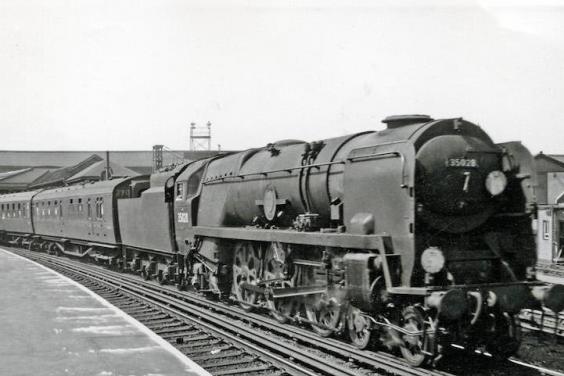 Paul Blowfield, of the MNLPS, told the Standard: “Fifty years ago this week, when myself and many others witnessed ‘Clan Line’ and her remaining sister locomotives haul the UK’s last steam-hauled express trains in and out of Waterloo we collectively thought we’d never see the like again. How wonderful to be proved so wrong.”

The Waterloo Sunset tour, organised by UK Railtours, will see passengers depart Waterloo at 10.41am and return from Yeovil via Salisbury. 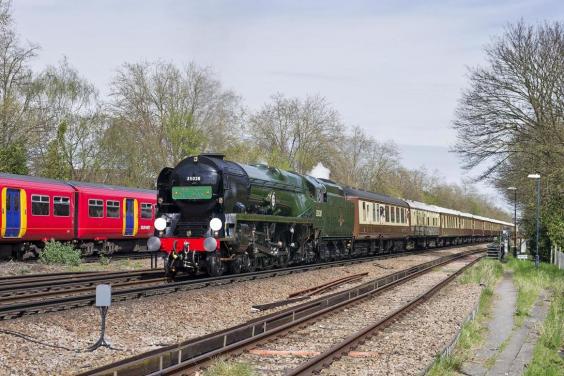 On Saturday, a different locomotive, Braunton, will also take passengers to Yeovil and then back via Bournemouth and Weymouth. The End of Southern Steam tour is organised by The Railway Touring company.

The first of the commemorative tours took place on Wednesday, when the Bournemouth Belle – a famous luxury rail tour – was recreated to mark the anniversary. Some of the Pullman cars used were among those used for the original Bournemouth Belle in the 1950s and 1960s.

Another tour featuring Clan Line will take place on September 23, titled ‘The Atlantic Coast Express’. It will take passengers from Waterloo to Exeter and back.