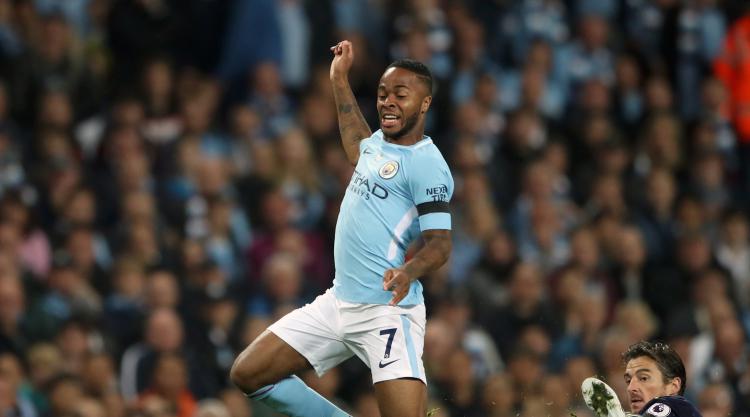 Raheem Sterling admits Manchester City need to sharpen up in front of goal.

City were thankful Sterling came off the bench to rescue a point with an 82nd-minute equaliser in a 1-1 draw with Everton at the Etihad Stadium on Monday.

After falling behind to Wayne Rooney‘s 200th Premier League goal and being reduced to 10 men when Kyle Walker was controversially sent off before half-time, it was a creditable end result.

But City spurned a host of other chances throughout a breathless encounter and Sterling, who twice shot over after being introduced for the second half, felt the hosts could have done better.

The England international said: “I am really disappointed, I had a great chance before that (goal). It is one of those – I have just got to hit the target.

“I’m lucky enough I got a second chance and put it away but those vital moments are the chance before that, not just the equaliser.

“If I get that chance again we win the game. We have just got to be a bit more clinical. That is what’s missing. We have got to move on and go again next week.”

City had the better of the opening half hour and Sergio Aguero was twice frustrated by the excellent Phil Jagielka, first with a headed clearance and then a well-timed challenge. The influential David Silva also thumped a shot against the post.

Everton had opportunities too and took the lead after 35 minutes when Rooney fired home via a deflection off goalkeeper Ederson.

That sparked the game into life and a major flashpoint came when Walker, moments after being booked, backed into the oncoming Dominic Calvert-Lewin and was deemed to floor him. A second yellow card followed.

City upped the tempo in the second half but it was not until the latter stages they finally earned reward through Sterling. They pressed for a winner to no avail but there was still time for further drama as Everton’s Morgan Schneiderlin was also dismissed for a second bookable offence.

The result left City with four points from the first two games of the season and Sterling felt the team could at least be happy with the spirit shown.

The 22-year-old said: “I thought being down to 10 men in the second half didn’t stop us trying to play football and that is a credit to the team.

“It is difficult when you are down to 10 men but we kept pushing and we got the equaliser. In the end it came too late (to get a winner) but it was a great effort from the boys in the end.

“It was disappointing to see a second yellow for Kyle. I don’t think it was a booking at all.”

Despite spending Â£200million over the summer, City have not ruled out further additions before this month’s transfer deadline.

Once again rumours are linking the club with an audacious bid for Barcelona superstar Lionel Messi, something manager Pep Guardiola never gave credence to when quizzed last season.

Asked whether another club could attempt to lure the Argentinian away from the Nou Camp, Guardiola said on Monday: “I don’t know. Someone might if they have the money and want to spend it. It might happen.”