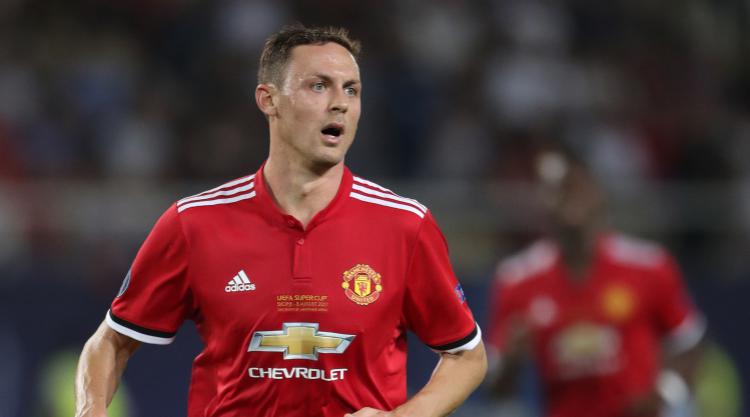 Nemanja Matic knows a thing or two about winning the Premier League and has already seen enough to be confident of a Manchester United title challenge this season.

United did not finish lower than third in the Premier League era under Sir Alex Ferguson, but since his retirement have ended seventh, fourth, fifth and sixth.

Jose Mourinho was in charge for the latter campaign and, despite securing Europa League, EFL Cup and Community Shield glory, along with Champions League qualification, knows they have to do better in the league.

Matic followed Victor Lindelof and Romelu Lukaku as part of the United manager’s summer reinforcement drive, with the defensive midfielder arriving fresh from winning the title with Antonio Conte’s Chelsea.

The 29-year-old was also a key part of Mourinho’s Blues when winning the league in 2014-15 and has seen enough in his short time at Old Trafford to believe this will be a successful season.

“We have to rest well because we have a very important game on Sunday against West Ham,” Matic said.

“There is a lot of games, it’s a long season but I expect us to do well.”

Matic was speaking after making his competitive United debut, playing the entirety of Tuesday’s 2-1 UEFA Super Cup loss to Real Madrid despite only having had 45 pre-season minutes in red under his belt.

“I think we played everything so we don’t lose this game,” the Serbian said after a performance that thoroughly impressed Mourinho.

“We played against a very good side. Very experienced. They know how to play these games.

“We are not happy that we lost but did everything.

“We had an opportunity to equalise, Marcus (Rashford) had a good chance and didn’t score, unluckily for us, but this is football.”