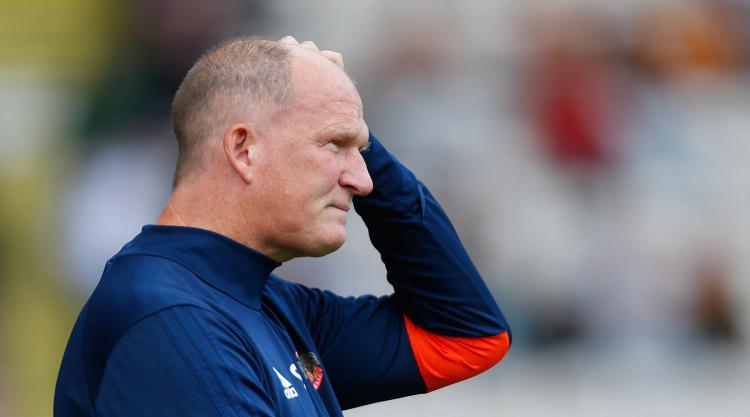 Sunderland will have to quickly shake off any hangover from their relegation if they are to challenge for a return to the Premier League.

Second-tier life begins with games against Derby, Norwich, Sheffield Wednesday and Leeds – a tough opening run for Simon Grayson as he succeeds David Moyes in the manager’s chair.

Those four opponents rank seventh, fourth, fifth and eighth respectively in an aggregation of bookmakers’ title odds for the season, just ahead of the ninth-placed Black Cats.

They also face six of the sides ranked ahead of them in their last eight games of the season, and may need to do their work during friendlier runs on paper in September and October and again from Christmas to mid-February.

Middlesbrough, widely tipped for the title after their own relegation, open up against sixth-favourites Wolves but afterwards face Sheffield United, Burton, Nottingham Forest, Preston and Bolton, all ranked 15th or lower.

That run could give them momentum before they tackle Aston Villa, Fulham and Norwich, ranked second, third and fourth, in a four-match run interrupted only by 19th-ranked QPR.

Boro’s run-in also offers hope, with Derby their only opponent in April or May ranked higher than 15th in the odds.

Hull’s early-season fixtures represent one extreme or the other, with four of the seven most-fancied teams and three of the bottom six in their first seven games.

The Tigers themselves are rated only 10th but if they can keep themselves in the picture for another go at the play-offs, they could make a late run – Sheffield Wednesday, on April 14, appear the biggest roadblock in the otherwise-innocuous last six games.

The toughest start to the season appears to await Burton and could further damage the morale of a team already ranked as outsiders by the betting markets. The Brewers face six of the projected top 10 in their first 11 games of the season, with QPR the easiest opponents on paper during that stretch.

Many of the other teams tipped to struggle face each other earlier in the season, with matchday two pitting Barnsley, ranked 22nd, against Ipswich (20) and Millwall (21) against Bolton (23). Millwall and Ipswich then meet in their next game.

QPR face the toughest run-in on paper – their last game against any of the projected bottom six comes on February 17 against Bolton, after which they face four of the teams tipped for the top six and 10 of the top 12.

Birmingham could start and finish the season strongly, with three of their first four games and four of their last nine against clubs expected to struggle.