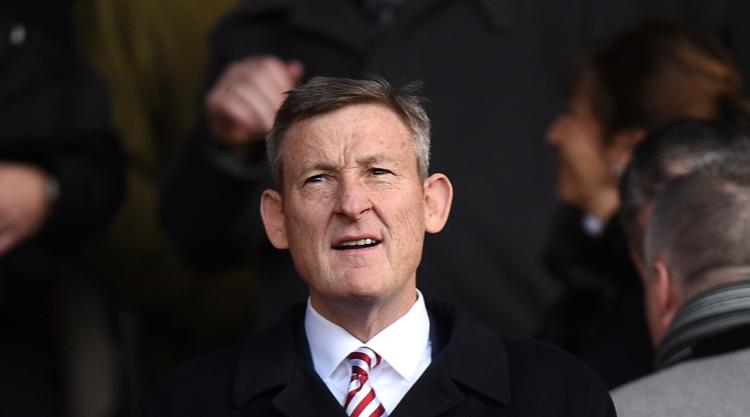 A group of Sunderland-supporting television executives linked with a move to buy the club have admitted now is not the right time to do so.

Leo Pearlman, Ben Turner and Gareth Turner – owners of Fulwell 73 Productions – issued a statement to the club’s fans, via fanzine A Love Supreme, explaining their reasons.

They said: “As life-long Sunderland supporters, it would be the fulfilment of a dream to be involved in the ownership of the club, to put it back into the hands of the fans and to give the whole of Wearside a team to be proud of.

“We have been so touched and inspired by the reaction from our fellow supporters, who rightly deserve their reputation as the best fans in the world. However, due to our other TV and film commitments, now isn’t the right time for us to get involved.

“It’s where our hearts are and would demand a huge personal commitment, and we wouldn’t want to give anything less than our all to the club. We owe that to all the other fans for whom, like us, SAFC is such an integral part of their histories and future.

“Whether it is Mr (Ellis) Short who remains in control or new owners who come in, we will always support the lads and offer any assistance, at any level, in helping to re-establish this great club at the level it deserves to be.”

The trio were reported to be heading a multi-national consortium which also included former Arsenal defender Tony Adams and ex-Chelsea business affairs director Paul Smith, and was backed in part by American money.

They and a German group are understood to have held talks with current owner Ellis Short as he attempts to offload the club, who were relegated from the Premier League at the end of last season.

The German consortium is understood to have reached a more advanced stage in negotiations.

Sunderland are currently without a manager following David Moyes’ departure last month, with the search for a replacement having been slowed by the uncertainty surrounding the ownership.