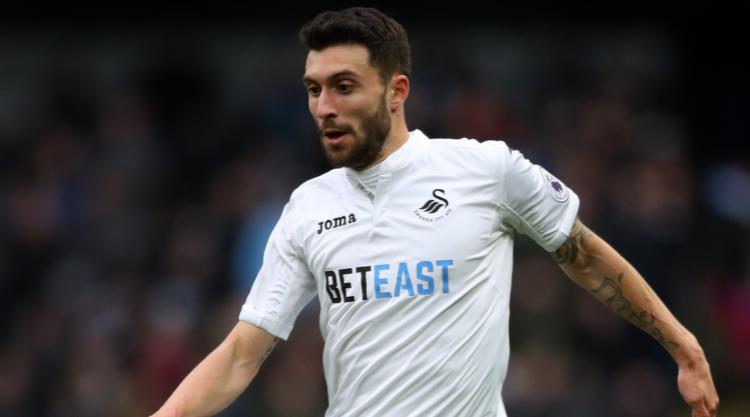 Roque Mesa’s transfer to Swansea is on the verge of completion, according to Las Palmas sporting director Toni Cruz.

Swansea are expected to tie up the £11.5million signing of the highly-rated Spanish midfielder in the next 24 hours or so.

“There is already agreement for the transfer of Roque to Swansea City and tomorrow (it) can be made official,” said Cruz, sp eaking at a press conference to unveil new Las Palmas coach Manolo Marquez.

The 28-year-old’s pass-completion rate of 91.4 per cent was ranked as the fourth highest in La Liga last season.

Abraham is currently on holiday after being with the England U21s at Euro 2017 in Poland.

But one player seemingly heading for the exit door at the Liberty Stadium is record signing Borja Baston, who is in talks to join Malaga on a season-long loan deal.

Borja joined Swansea for a club record £15.5m from Atletico Madrid in August 2016 after successful loan spells at Real Zaragoza and Eibar.

But the 24-year-old had a frustrating season in south Wales, scoring only once in 20 appearances.

Borja started just four Premier League games and his only Swansea goal came as a substitute in a 3-2 defeat at Arsenal.

He came through the Atletico academy, but his sole senior team appearance in Madrid was as a teenager in 2010.

Naughton had 12 months left on his previous deal, but the new contract will now keep him at the Liberty Stadium until 2020.

The 28-year-old started his career at Sheffield United and joined Swansea from Tottenham for £5m in January 2015.

The former England Under-21 right-back has made 71 appearances for Swansea, scoring one goal.