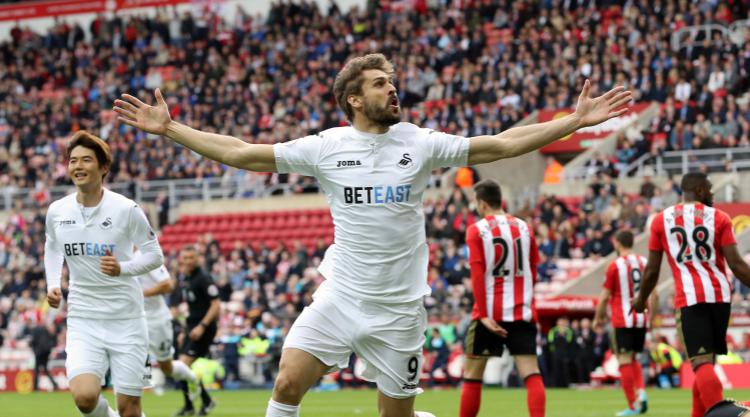 Swansea are hopeful Fernando Llorente will be available for the start of the new season after breaking his arm on holiday.

Spain striker Llorente suffered the injury in a cycling accident on a family holiday, understood to be in Italy.

But Swansea are optimistic that Llorente will be available for their first Premier League game at Southampton on the weekend of August 12-13.

“Fernando has suffered a small fracture of the bone in his lower arm.” a Swansea spokesman told Press Association Sport.

“The club will have to tailor his pre-season training for approximately 30 days.

“While he will be able to do gym work he will not be able to go out on to the field.

“But if his rehab goes well, we are optimistic that he will be available for our first league game.”

Llorente’s absence at the start of the season would be a huge blow for Swansea, who relied on the World Cup winner’s goals to avoid relegation last season.

The 32-year-old scored 15 goals following his £5million move from Sevilla the previous summer.

Llorente revealed at the end of the season that Premier League champions Chelsea wanted to sign him in January.

But Llorente chose to stay in south Wales and his goals were pivotal to Swansea avoiding relegation under Paul Clement.

Swansea’s players return to pre-season training on Monday and will embark on a tour of the United States before the domestic campaign starts.

They expect to have England Under-21 striker Tammy Abraham, on loan from Chelsea, on board by then following the sale of Bafetimbi Gomis to Galatasaray.