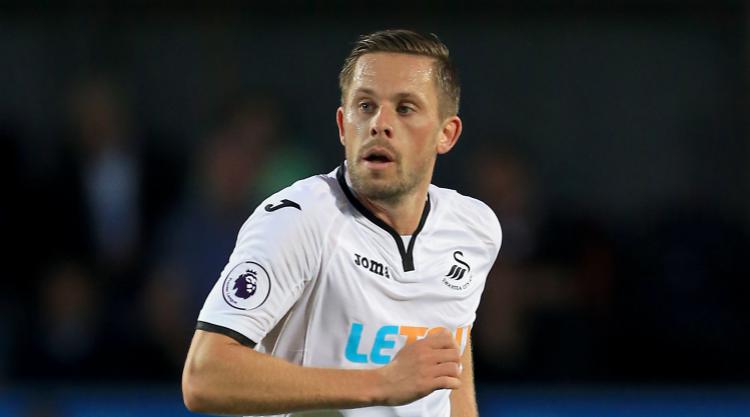 Swansea’s American owners say they will not be “bullied” into selling Icelandic playmaker Gylfi Sigurdsson.

Sigurdsson dropped out of the Swans’ 10-day tour to the US on Thursday morning just hours before the squad’s departure across the Atlantic.

The club said Sigurdsson was not in “the right frame of mind to travel” with so much speculation over his future.

Press Association Sport understands that Swansea have turned down a £40million offer from Everton for the 27-year-old.

Swansea value Sigurdsson at £50m and, in a statement released to WalesOnline, club owners Steve Kaplan and Jason Levien said: “At this time we have not received an offer from any club which represents a fair valuation of Gylfi given his importance to our club.

“We will not be bullied or forced into a decision until a club meets our valuation of the player, no matter whether they believe they have an agreement with the player.

“Any such agreement would obviously be in contravention of Premier League legislation.”

Although there were suggestions his head had been turned by Everton’s interest, Sigurdsson captained Swansea in the second half of their friendly defeat at Barnet on Wednesday night.

Sigurdsson’s decision not to go to America the following morning then shocked Swansea officials as they had previously stated that he would be on the plane.

Kaplan and Levien called for Sigurdsson, who joined Swansea from Tottenham for £6.8million in July 2014 and has since scored 30 goals in 112 appearances, to reconsider that decision.

“We are disappointed Gylfi has taken the decision not to join his teammates in America where they are working with the coaching staff to prepare for the upcoming season,” the statement said.

“We have the ultimate respect for Gylfi as a person and a player and we are optimistic that he will reconsider his decision and join his teammates.”

Sigurdsson was instrumental as Swansea preserved their top-flight status last season and was named the club’s player of the year for the second successive season.

He scored nine league goals and had 13 assists, with only Manchester City’s Kevin de Bruyne and Tottenham’s Christian Eriksen more productive for their teams in those combined categories.

Swansea play Philadelphia Union in the first match of their Stateside tour on Saturday before further games against Richmond Kickers and North Carolina.