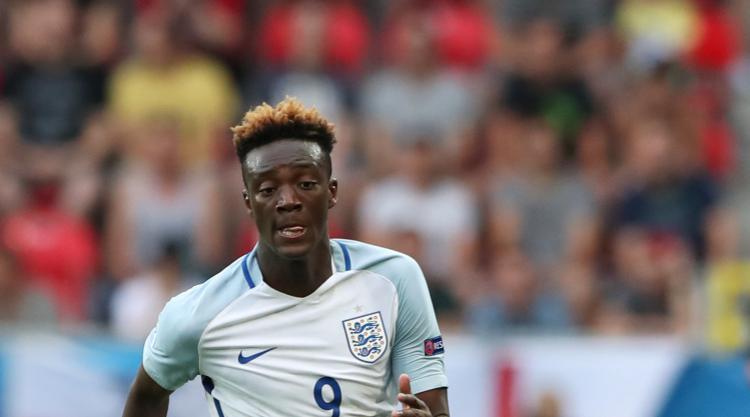 Tammy Abraham is determined to follow up his goal-scoring exploits in the Sky Bet Championship by becoming a Premier League force at Swansea.

The England Under-21 striker’s only top-flight experience is two substitute appearances for parent club Chelsea at the end of the 2015-16 season.

But after scoring 26 goals while on loan at Bristol City last term, the 19-year-old believes he can make the step up during a season-long loan at Swansea.

“I would love to build on last season and do it at the top level,” Abraham told the official Swansea website.

“People will be surprised because I’m so tall, but I do have quick feet and I have good pace to threaten defenders.

“Although I am tall I also like have the ball played into my feet.

“I can hold up play too, so it will be good to show my overall game with Swansea and not just scoring goals.”

Abraham linked up with his new team-mates for the first time on Swansea’s three-match tour of the United States.

The teenager also opened his Swansea goal account in the 2-1 victory over Richmond Kickers.

And, having chosen Swansea ahead of Premier League rivals Brighton and Newcastle in where to spend the 2017-18 season, Abraham believes he will quickly settle into the style of play implemented by head coach Paul Clement.

“When the gaffer (Clement) came round to my house he described what he wants from this season,” Abraham said. “It fits my style of play as well.

“It is a nice place to get your head down and really focus on your game.

“That’s what I want to do this season.”

Swansea, meanwhile, are waiting for Everton’s next move in the Gylfi Sigurdsson saga.

It is thought Everton tabled a new bid of around Â£40million with potential add-ons that could take a final package closer to Â£45million.

Swansea value Sigurdsson at Â£50million and owners Steve Kaplan and Jason Levien issued a strongly-worded statement two weeks ago saying they would not sell unless they received an acceptable offer.

Sigurdsson is due to meet his Swansea team-mates on Wednesday for the first time since pulling out of the American tour with the club reporting he was not in “the right frame of mind.”

Swansea are interested in re-signing their former striker Wilfried Bony from Manchester City.

But that deal is only likely to happen if Fernando Llorente leaves this summer with Premier League champions Chelsea reportedly interested in the Spain World Cup winner.