A schoolboy has broken a record held by eccentric MP Jacob Rees-Mogg by using a word even longer than floccinaucinihilipilification in Parliament.

Michael Bryan, 16, was speaking during a Youth Select Committee inquiry when he used the medical term pneumonoultramicroscopicsilicovolcanokoniosis – a form of lung disease caused by volcanic ash.

The 45-letter noun is a full 16 characters longer than Mr Rees-Mogg’s unusual choice of vocabulary, meaning the habit of estimating something as worthless, which he used in a 2012 debate on EU judges.

Addressing the subject of body image in young people, Mr Bryan spoke on July 14 about the disparity in attention given to physical and mental conditions. 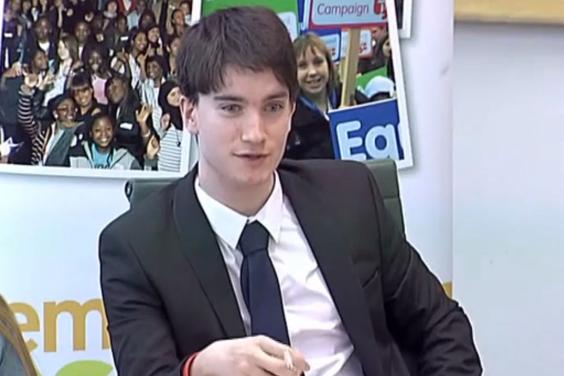 Schoolboy Michael Bryan grinned as he used the word ‘pneumonoultramicroscopicsilicovolcanoconiosis‘, which was specifically invented to be the longest in the English language (Parliamentlive.tv)

The word is the longest entry in the Oxford dictionary and was specifically invented to be the lengthiest word in English. It is unlikely to have ever been used by an actual medical professional.

According to the Parliament.uk website, the Youth Select Committee is a body set up to give young people the opportunity to scrutinise public issues and investigate topics deemed most relevant to them.