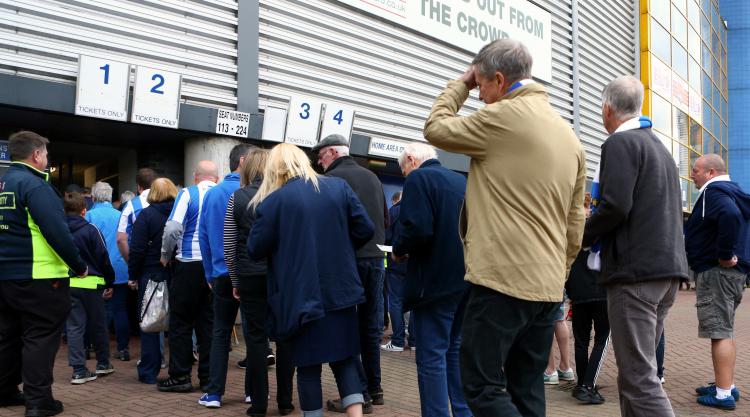 Huddersfield fans will get to watch the likes of Harry Kane and Paul Pogba for just £199 for the entire season if the club wins promotion to the Premier League.

The remarkable offer – which has now been closed – was made last month and 17,522 fans have signed up.

If the Terriers beat Reading at Wembley on May 29 it will work out at just £10.47 per match for next season.

The club stands one game away from their first-ever promotion to the Premier League and fans will enjoy some unprecedented season-ticket discounts.

Hoyle , who sold his greetings cards business for a reported £350million in 2010, prides himself on making football accessible to all and followed up with another cut-price offer in March this year.

The club announced adult tickets in any part of the ground for next season would cost £199, £79 for under-18s and £29 for under-eights for the first 17,000 supporters to buy, with 2016-17 season card holders having until April 28 to renew their seat.

The final sales figure of 17,522 was confirmed by the Terriers at their annual awards ceremony at the end of last month, while a club spokesman confirmed 4,400 would be rewarded by Hoyle’s 2010 ‘personal Premier League pledge’.

In November last year the Premier League revealed the average ticket price for a game during the 2016-17 season was £31.

Should Huddersfield triumph at Wembley they will return to the top flight of English football for the first time in 45 years.

The West Yorkshire club were relegated from the old First Division in 1972 and have since spent 17, 22 and six seasons in the second, third and fourth tiers respectively.