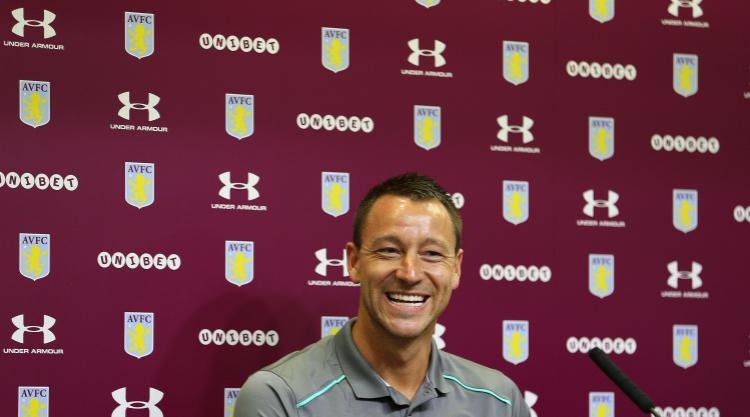 Aston Villa’s new signing John Terry has set his sights on returning to Chelsea one day as manager.

The 36-year-old chose to join Championship club Aston Villa having ruled out a Premier League move following 22 years at Stamford Bridge, saying playing against the Blues “just doesn’t sit right” with him.

Speaking about managing his former club, quoted in several national newspapers, Terry said: “That’s a goal. Me and Lamps (Frank Lampard) have had those conversations.

“I’ve always wanted to be the very best and if that’s in management, then Chelsea’s the one. That would be incredible but I realise as well you can’t go in somewhere like Chelsea as your first job.”

Terry, who made over 700 appearances and won 15 major honours with the Blues, signed a one-year deal with Villa on Monday after snubbing more lucrative offers to remain in the top flight.

Swansea and West Brom were keen to keep him in the uppermost division but the ex-England captain, whose capture was announced in a faux WhatsApp conversation by Villa, revealed he was uneasy about representing one of Chelsea’s Premier League rivals so soon after bidding farewell.

“Playing against Chelsea just doesn’t sit right with me, to be honest,” he told Press Association Sport.

“Whether that’s different in a year’s time, I don’t know. The raw emotion of leaving the club after so long there.(playing against them) just didn’t sit right with me.

“For a few weeks I switched off and a lot of managers gave me a lot of time and respect to make my decision and come to terms with it.

“After 22 years at Chelsea it took a few weeks longer than I probably predicted. They were 22 fantastic and unbelievable years that I will never forget but I’m excited about this challenge here of getting us up.”

As Terry starts a new chapter in his career, the ending of the last instalment continues to be the subject of a Football Association investigation.

It is understood the FA is still looking at the defender’s pre-planned substitution against Sunderland in May, which was scheduled to begin in the 26th minute in a nod to Terry’s shirt number, after three punters who wagered a bet on that very outcome were paid out by a bookmaker.