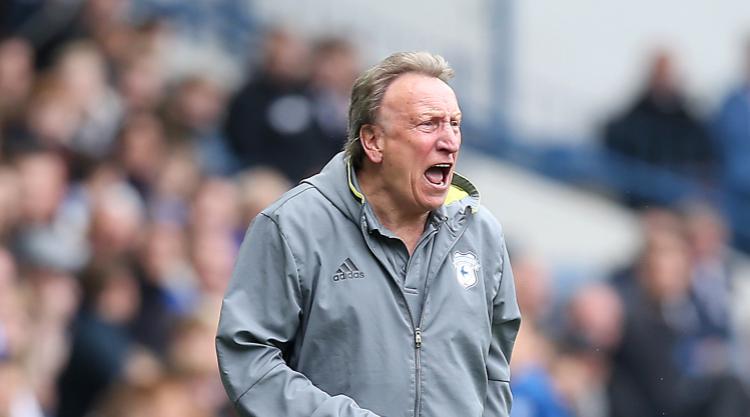 The Sky Bet Championship and League Two play-off finals take place this weekend, with Blackpool and Exeter vying for a place in League One on Sunday before Huddersfield take on Reading for a place in the Premier League on Monday.

Since they began in 1987, the end-of-season competition has provided agony and ecstasy in equal measure.

Here football.co.uk looks at some of those who have experienced the highs and the lows of the play-offs.

Love him or hate him, he cannot be ignored – and neither can his record in play-off finals. Warnock won four in the 1990s and no manager can boast a better record.

Back-to-back Wembley wins against Tranmere and Brighton saw Warnock take Notts County into the top flight in 1991 with successive promotions and he was at it again in 1995 and 1996 as he took Huddersfield into the second tier and Plymouth up to the third tier respectively.

Like Warnock, Zamora has been there and got the t-shirt on more than one occasion, scoring the only goal in 1-0 wins to get West Ham and then QPR promoted to the Premier League.

Zamora struck at Cardiff’s Millennium Stadium as the Hammers defeated Preston in 2005 and then nine years later he netted a superb injury-time effort to break Derby’s hearts as 10-man QPR returned to the big time with the ultimate smash-and-grab victory at Wembley.

Hard to imagine now given their current plight, but just three years ago Leyton Orient were on the brink of promotion to the Championship after goals from Moses Odubajo and Dean Cox had them 2-0 up at half-time, before an Alex Revell-inspired comeback for Rotherham.

Revell pulled a goal back after 55 minutes before scoring arguably one of Wembley’s greatest ever goals five minutes later – a stunning 35-yard dipping volley that was so good that manager Steve Evans almost lost his trousers as he celebrated running down the touchline.

The match went to penalties where Rotherham goalkeeper Adam Collin saved attempts from Mathieu Baudry and Chris Dagnall to win 4-3 on spot kicks.

Less than a week after neighbours Manchester United had won the European Cup to complete a historic treble, Manchester City were at Wembley trying to escape the third tier.

Gillingham were 2-0 up as the match entered the 90th minute but Kevin Horlock gave City hope before Paul Dickov made it 2-2 deep into injury time.

Dickov missed his penalty in the shoot-out but Nicky Weaver saved from Paul Smith and Guy Butters to cap an unlikely comeback. Whenever City fans criticise a bad result in the Champions League, it is always worth remembering this match and how far they have come.

Scoring a hat-trick in a play-off final is not to be sniffed at and it is only fair to acknowledge such an achievement, so take a bow Clive Mendonca (for Charlton against Sunderland in 1998), Scott Sinclair (for Swansea against Reading in 2011) and Jermaine Beckford (for Preston against Swindon in 2015).

On the flip-side to Mendonca’s hat-trick, Gray’s missed penalty settled a thrilling play-off final. After 13 consecutive successful spot-kicks, the Sunderland left-back saw his effort saved by Charlton goalkeeper Sasa Ilic and the Addicks were promoted to the Premier League.

Gray admitted some years later that he did not want to take a penalty and that he had changed his mind about where he was going to put his kick.

The Sheffield United goalkeeper looked destined to be the hero of the League One final in 2012 when, after 120 minutes of goalless action, he saved two penalties in the shoot-out as Huddersfield missed their first three spot-kicks.

However, the Blades penalty takers struggled too and the shoot-out went to sudden death. After 10 penalties each, it was 7-7 and down to the goalkeepers. Alex Smithies scored his, before Simonsen blasted the ball over the crossbar.

More play-off misery for Sheffield United, this time in the Championship final in 2009. Wade Elliott’s superb curling effort ended Burnley’s 33-year wait for a return to the top flight and any chance the Blades had of mounting a comeback disappeared down the tunnel with Jamie Ward after 79 minutes following his red card for two quick bookings.

To compound the misery Lee Hendrie was also shown a red card after the final whistle for foul and abusive language towards the match officials.

Stockport finished 12 points ahead of Burnley in the third tier in 1994 but more crucially the Clarets finished with two more players on the pitch after an ill-tempered clash between the north-west neighbours. Wallace and Beaumont were sent off before the hour mark and Burnley took full advantage, securing promotion with a 2-1 win.