The Queen examined the high-tech weaponry and bomb disposal kit deployed by police in the event of terrorist incidents as she opened the new multimillion-pound headquarters of Scotland Yard.

Her majesty and the Duke of Edinburgh were given a tour of the £81.9m building on Victoria Embankment, which included viewing a police bomb disposal robot and machine gun.

The Queen witnessed a demonstration of the bomb disposal robot in action, put on for her by the Met’s explosives officers.

The royal couple later met officers demonstrating “a day in the life of the Met”, featuring search dogs and uniformed staff – including a dog handler, forensic specialist and a special constable.

During Thursday’s visit The Queen also met representatives from among those who were first responders to the terrorism incidents in Westminster and London Bridge.

And she and the Duke were shown a display of police vehicles, and a selection of historical items, including the Second World War uniform of a female PC and an operational order for the Coronation.

She was initially greeted by the sight of two police horses and two historic police cars when she arrived for the opening. 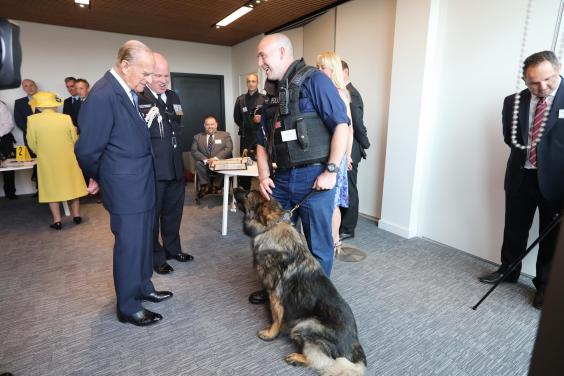 With their mounted officers neatly turned out, the horses were standing to attention close to the Curtis Green building, with the famous rotating New Scotland Yard sign nearby.

The famous rotating “New Scotland Yard” sign has been erected outside the building, which reportedly cost just under £60 million to refurbish and extend.

On display was a former patrol car – a Rover SD1 V8 automatic from 1983 – believed to be the only surviving vehicle of its type, and a Morris Minor 1000 from 1969 which was used as a supervisor’s car to check on local beat officers. 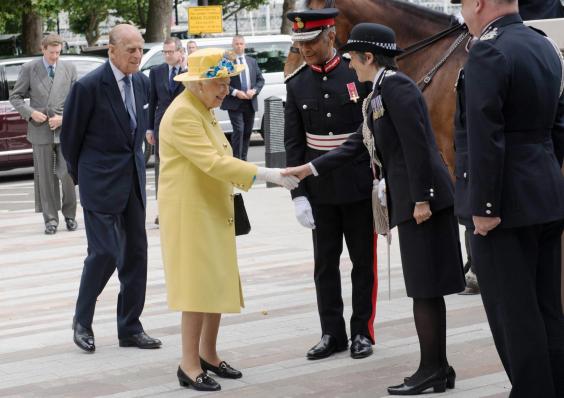 The official launch had been due to take place on March 23 but was postponed following the Westminster Bridge terrorist attack the day before, part of which was witnessed by Mr Mackey.

Three people died when Kent-born Khalid Masood drove a car into unsuspecting pedestrians on the bridge, before fatally stabbing Pc Keith Palmer, 48, in the Palace of Westminster’s forecourt.

The former Met Police building, which was outdated, has been sold to an investment company for £370 million.

The force’s new HQ is home to senior Met officers and various departments.