The Shed of the Year competition is including non-sheds for the first time.

Colin Furze from Stamford, Lincolnshire, has a bunker hidden four metres under his garden shed, which is the #NotAShed category’s first winner.

The 38-year-old filled his bunker with a drum kit and a games console as well as an ejector bed – built and designed by him.

Meanwhile, a dad who built a cool shed for his daughter is the first category winner of best cabin and summerhouse. 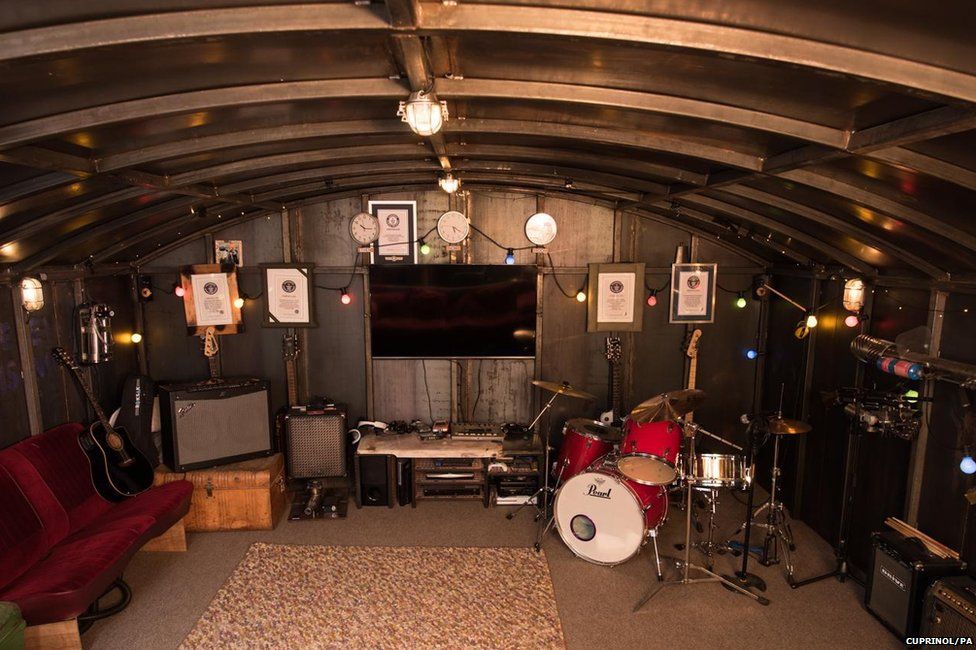 Ben Swanborough, from Surrey, was given £500 in savings by 12-year-old Elsie and constructed a mushroom-shaped house.

Ben’s Mushroom Shed is a two-storey building in Chiddingfold including a hidden trapdoor and a porch swing.

The pair were revealed in the first episode of the new series of Channel 4’s Amazing Spaces Shed Of The Year. 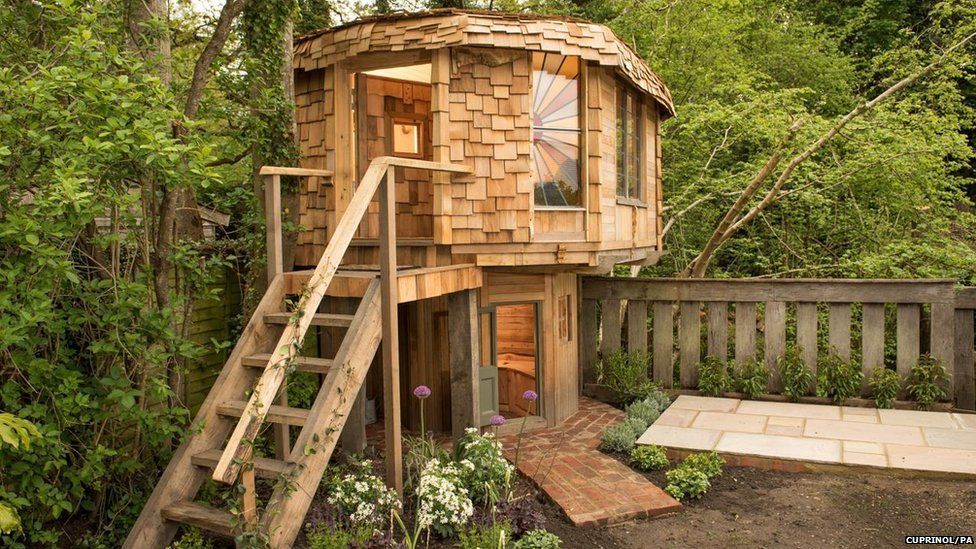 The winners go up against six other category winners in a final battle, with the overall winner being crowned in September.

This shed with a boat on its roof, owned by Alex Holland from Machynlleth in Powys, won the competition back in 2013. 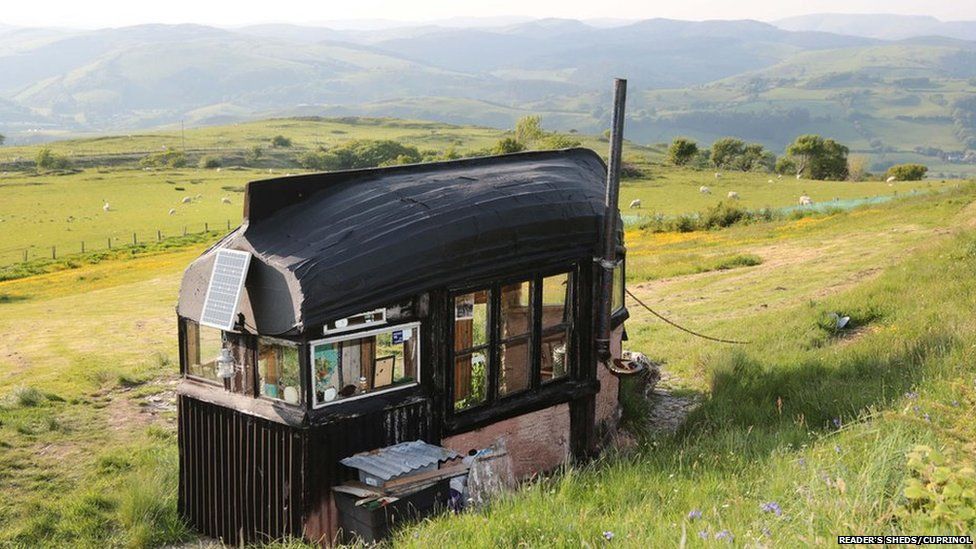 In 2014, the winner was the Allotment Roof Shed by Joel Bird from north London.

Rainwater from the roof flows off through a down pipe to water his herbs and there’s a little staircase leading to a tin bath where Joel can have a summer soak.

He still builds custom made sheds. 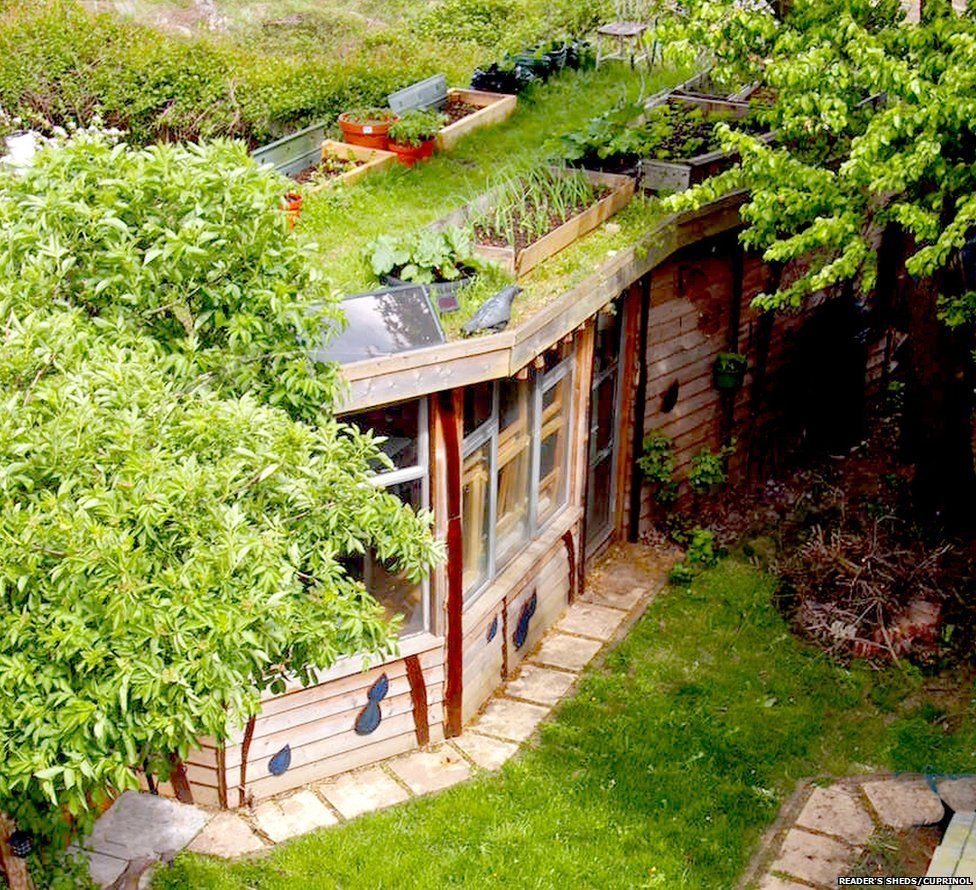 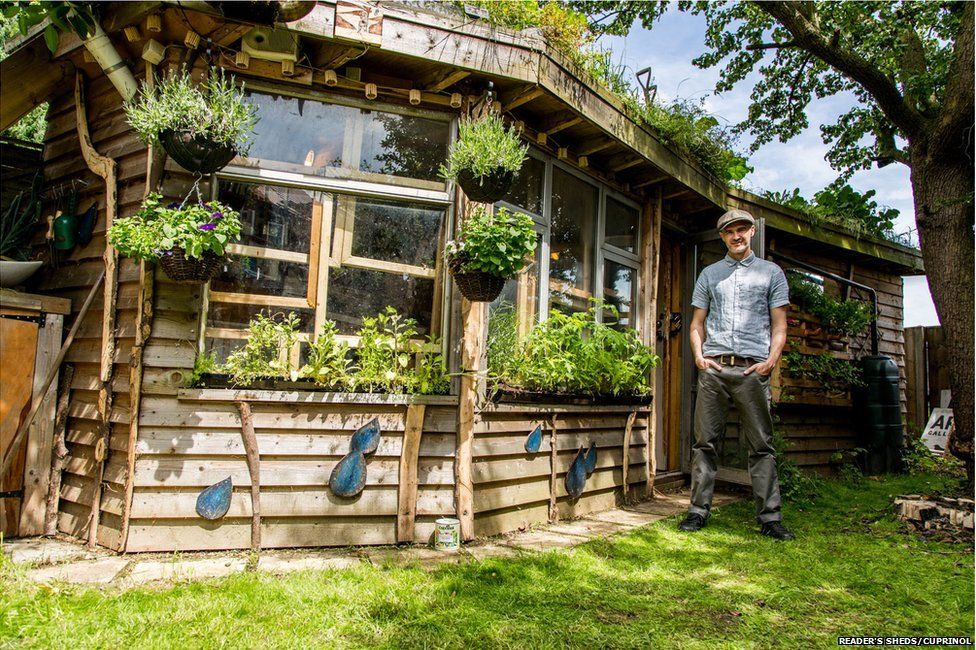 A year later, it was Walter Micklethwait’s Inshriach Distillery which won shed of the year.

It used to be a dilapidated hen house and an assorted pile of old junk.

The Edwardian country house on an estate near Aviemore beat more than 2,500 other entries to take the title. 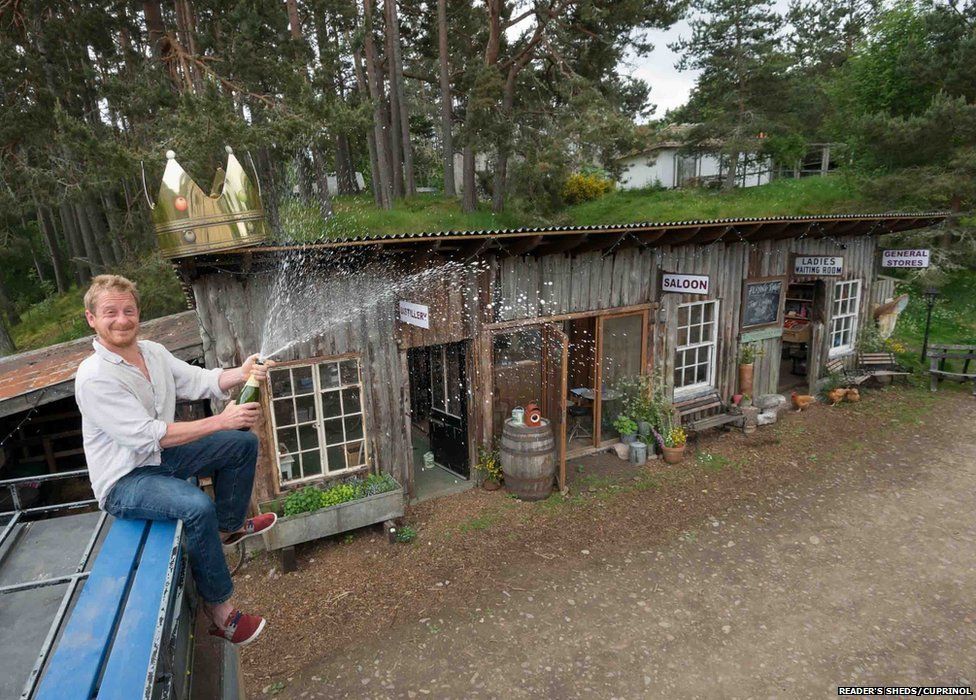 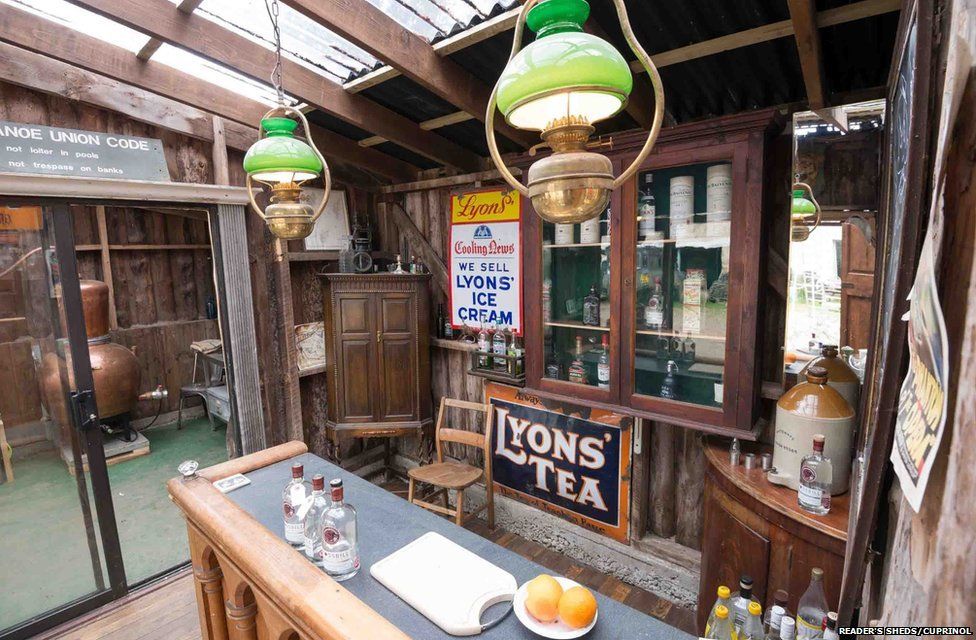 And in 2016 it was the turn of Kevin Herbert’s West Wing in Berkshire.

The shed is made from 90% recycled materials and took him eight years to build. 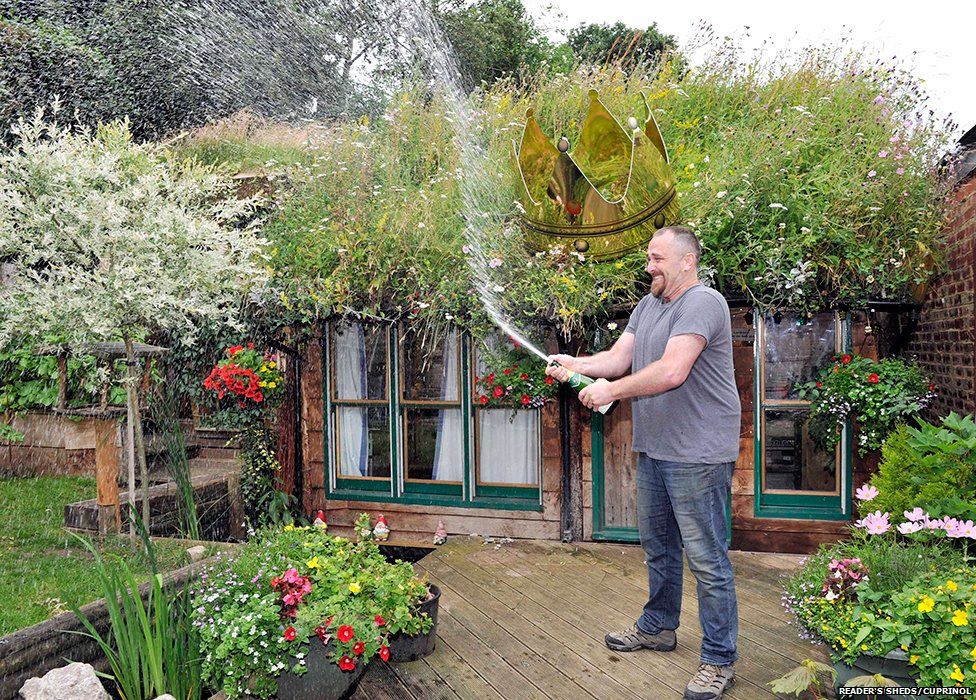 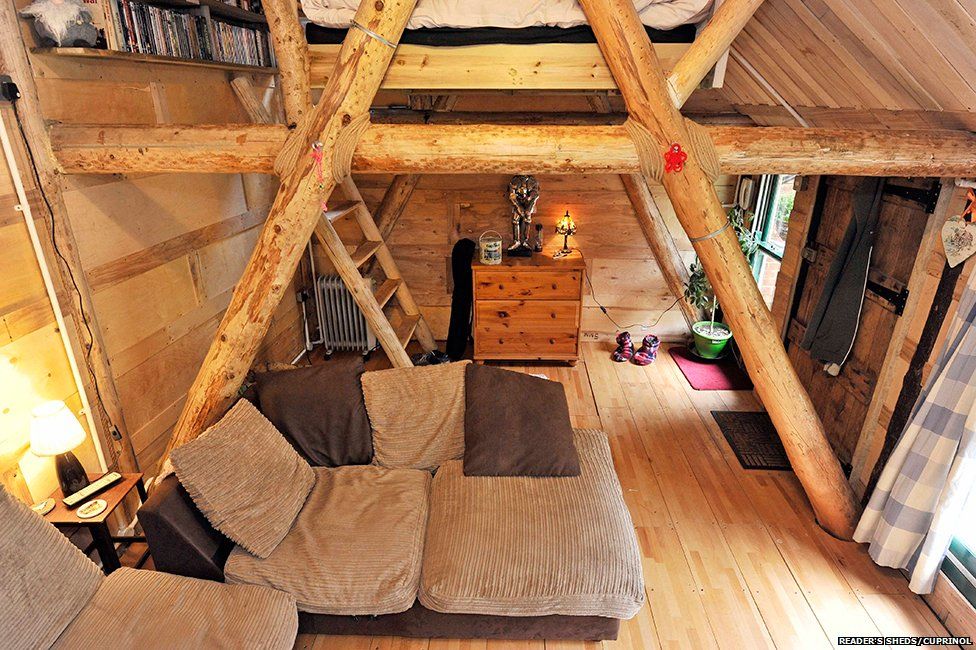