Theresa May is to launch a fightback after her General Election gamble backfired, insisting she has the right vision for Britain and an “unshakeable sense of purpose.”

The Prime Minister will this week acknowledge her smaller Commons majority means she will need to adopt a different approach to government.

But amid rumours of unrest within Tory ranks about her position, Mrs May will insist her commitment is “undimmed” almost a year after entering Number 10.

Her comments will be viewed as an attempt to re-launch her premiership after the humiliation of the election result and the need to strike a deal with the DUP.

In a speech on Tuesday, Mrs May will return to her core message from when she became Prime Minister. 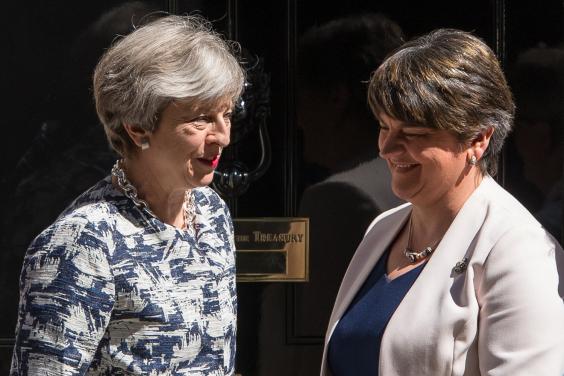 She will say: “Though the result of last month’s General Election was not what I wanted, those defining beliefs remain, my commitment to change in Britain is undimmed.

“My belief in the potential of the British people and what we can achieve together as a nation remains steadfast, and the determination I have to get to grips with the challenges posed by a changing world never more sure.

“I am convinced that the path that I set out in that first speech outside Number 10 and upon which we have set ourselves as a Government remains the right one. It will lead to the stronger, fairer Britain that we need.”

The fragile nature of Mrs May’s position in the Commons will not stop her being “bold”, she will insist.

“I think this country needs a Government that is prepared to take the bold action necessary to secure a better future for Britain and we are determined to be that Government.

“In everything we do, we will act with an unshakeable sense of purpose to build the better, fairer Britain which we all want to see.”

Mrs May will acknowledge that the General Election result will change the way she has to work in Parliament.

She said: “It will be even more important to make the case for our policies and our values, and to win the battle of ideas both in Parliament as well as in the country.

“So I say to the other parties in the House of Commons … come forward with your own views and ideas about how we can tackle these challenges as a country.

“We may not agree on everything, but through debate and discussion – the hallmarks of our parliamentary democracy – ideas can be clarified and improved and a better way forward found.”