As the royal couple emerged from the town hall to the strains of Handel’s “Zadok the Priest” – played at every English monarch’s coronation since King George II in 1727 – the crowds cheered enthusiastically.

William looked a little sheepish, perhaps realising the significance of the music by he town’s Capella Gedanesis orchestra, but Kate waved and smiled.

They were welcomed in the Arthus Court in the very heart of Gdansk. Amid cheering and classical the Duke and Duchess wandered through the Long Market with the Fountain of Neptune, a symbol of Gdansk. 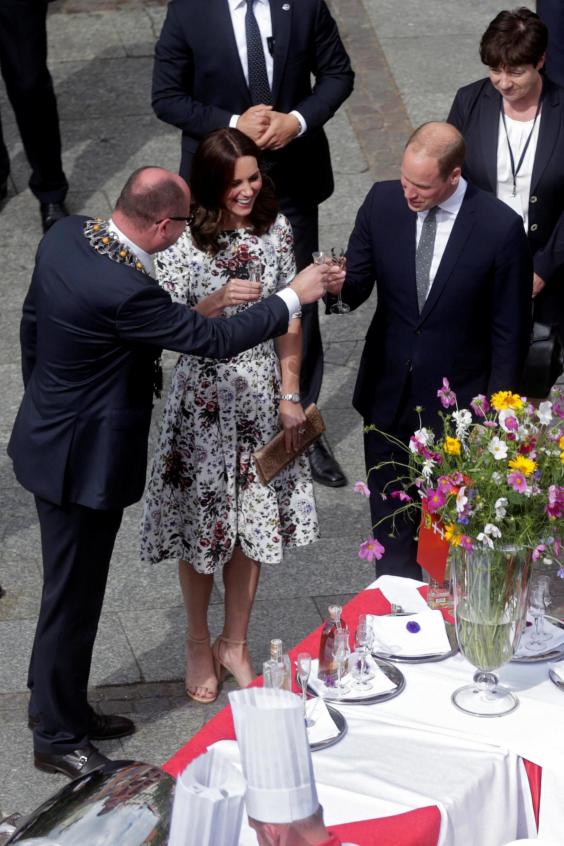 Prince William and Kate toast with the Mayor of Gdansk (REUTERS)

There chatted to Amber expert Zbligniew Strzelczyk, owner of the Styl Gallery Gdansk, a city famed for the stone since Medieval times.

The craftsman said, “They were very interested in the trade. Prince William asked about where the amber is found and I told him 10 per cent is washed up on beach”

“I gave them two chunks of amber, one with an ant and two leaves inside and another with a little fly and air bubbles. They seemed delighted,” he said. 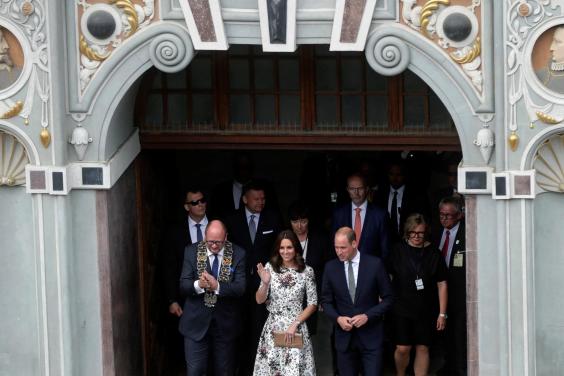 They then downed Gdansk liqueur at the next stall, Goldwasser (Golden Water), a strong root and herbal liqueur which has been produced since at least 1598.

“It is very good, very sweet,” William said after he downed the shot in one.

Damian Robakowski of Pod Lososiem restaurant said: “They both seemed to love it. It is very powerful.”

They also ate Polish dumplings – a specialty of the restaurant as their favourite was to be named after them. Kate chose the salmon and crayfish and William picked a mushroom one.