The little boy, whose battle with cancer captured the hearts of football fans across the country, made his final journey in a tiny white coffin pulled in a horse-drawn carriage.

Defoe left a pre-season training camp in Spain with his new club Bournemouth so he can attend the service in Blackhall, County Durham. 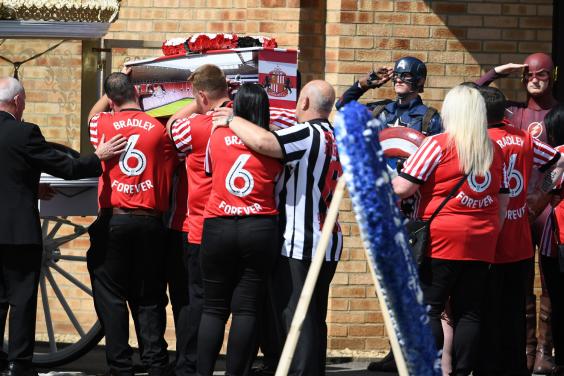 Bradley died a week ago in his parents’ arms at his home in Blackhall.

He had a close friendship with Defoe, who said Bradley had been his “best friend” and would continue to inspire him.

Bournemouth posted a message on the club’s official Twitter feed on Thursday which said: “@IAmJermainDefoe has today departed our pre-season training camp and returned to the UK for the funeral of Bradley Lowery.” 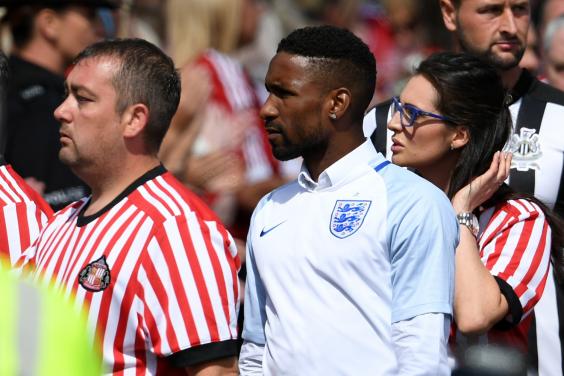 A statement from the twitter account @Bradleysfight said the funeral was “open to everyone who would like to come and celebrate Bradley’s life and pay their respects to show him how much he was loved”.

It added: “You can wear whatever you want for the funeral but the family and friends have chosen the theme cancer has no colours. So they are wearing football tops, it doesn’t matter what team or colour.” 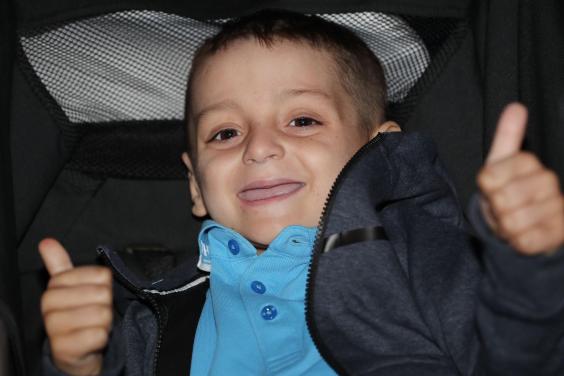 Football fans up and down the country who were not able to attend have dressed in their favourite teams’ kits in honour of Bradley.

Hundreds took to social media using the hashtag £CancerHasNoColours, and shared pictures of themselves in their team’s colours.